Castle Rock, a butte projecting from South Table Mesa, is a prominent landmark above the city of Golden. In the early 1900s, the rock was a recreational center, with a cable railway up the side and a dance hall on the top. Later, the Klan burned crosses from the top in the dark of night , presumably to scare blacks, Jews and Catholics.  Today it stands empty but for the occasional hiker or runner.

My run begins by the Golden Community Gardens North of dowtown. Castle Rock stands in the background. 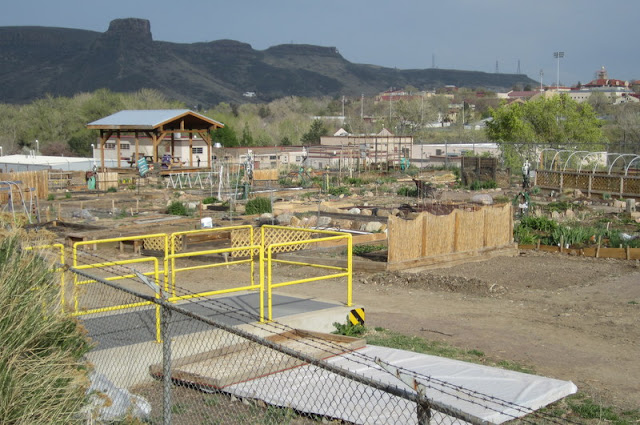 I cross the picturesque Clear Creek that cuts through the heart of town. 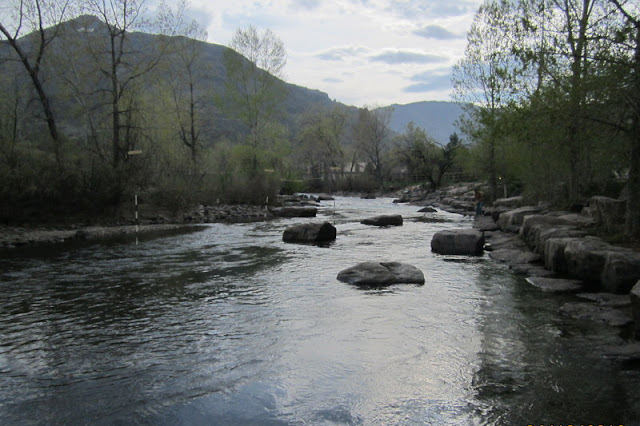 Kayakers play in the whitewater park. 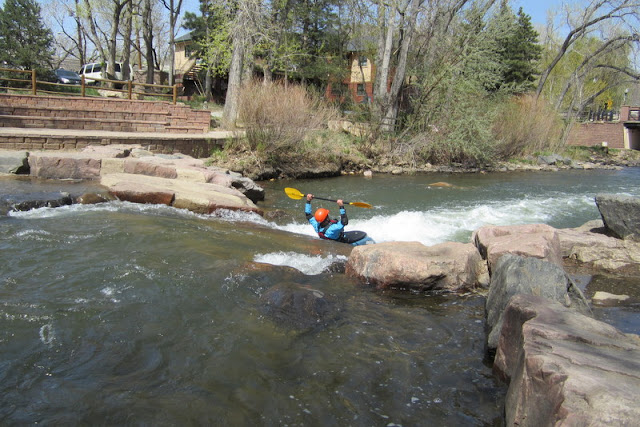 Eventually, the pavement ends and the trail ascends straight up to the Rock. No switchbacks here. 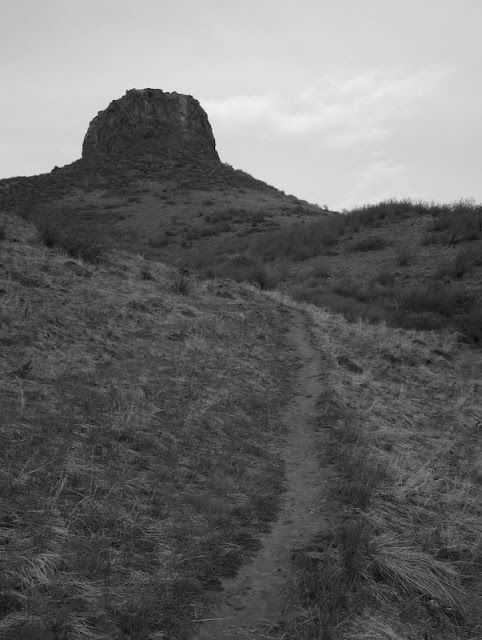 The view from the top. ﻿The Coors Brewery is in the foreground, downtown Golden to the left. The Flatirons of Boulder barely visibile on the right. 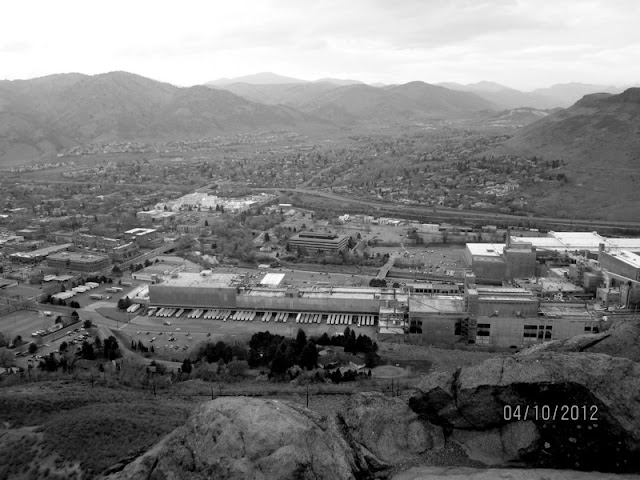 8 miles total. Contrary to all expectations, my knee continues to hold up.
Posted by Brianofthemarsh at 6:40 AM