Golden Gate Canyon State Park lies about fifteen miles West of Golden Colorado, nestled in the foothills in their climb up to the Great Divide. It was here that I headed yesterday, hoping to run trails that were close enough to 14ers for some awesome views, but relatively free of snow.

The more rugged section of the park that happens to have the only summit trail is open to hunting this time of year. I parked at the hunter free Horseshoe trailhead and started running, with no plan beyond heading West in search of a few nice views. 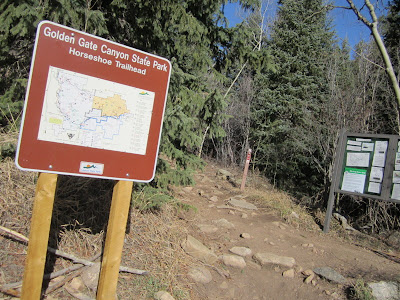 I immediately felt like rubbish and slowed to a shuffle. My legs were eager but the heart was not. It was like a lead weight was in my chest. Maybe it was the cumulative lack of sleep from the last week, or perhaps it was the altitude adjustment, but I was soon wondering if this adventurere was such a good idea on my first day in Colorado.

The trail followed a small gultch up into the hills. 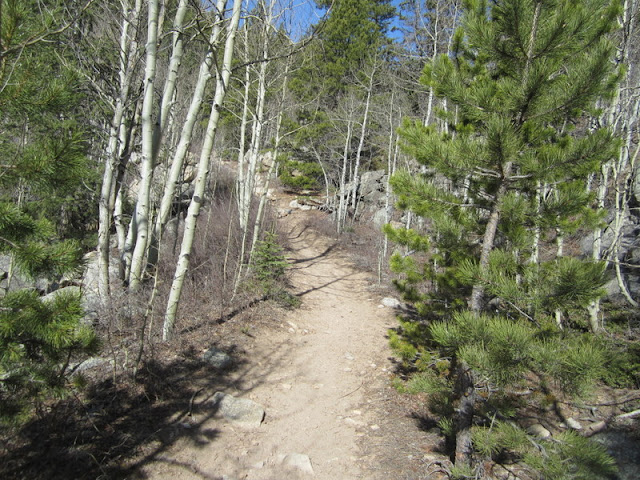 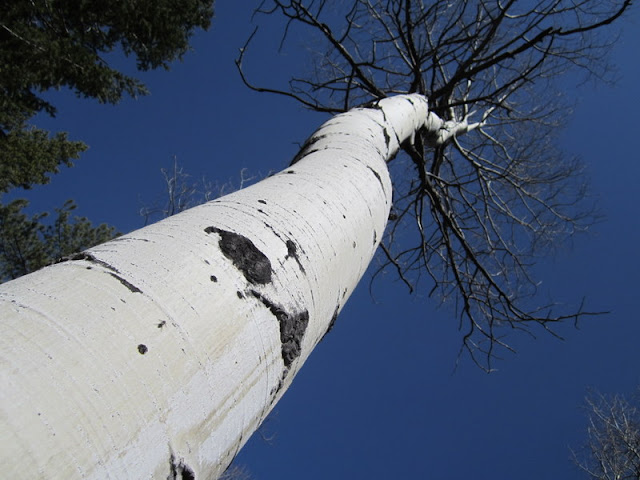 Beyond a few patches in shaded groves, the area was free of snow. 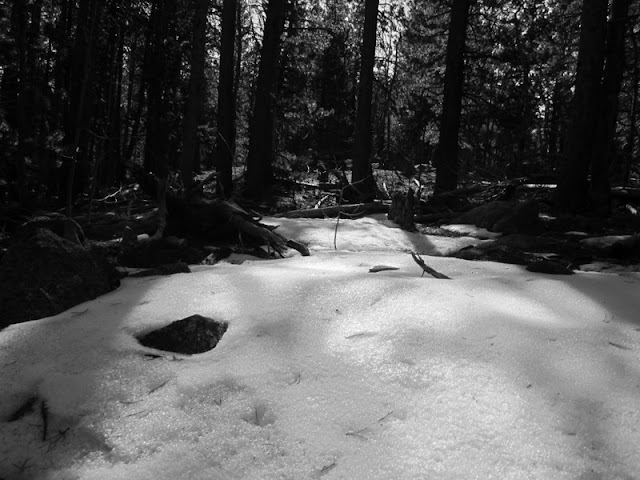 This dried out pond was one of the many signs of a dry winter. 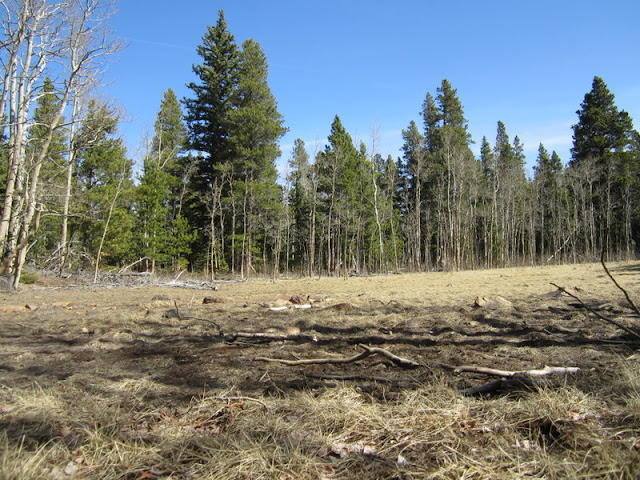 The trail climbed out of the gultch onto more exposed area. There were a few tantalizing glimpses of the Divide peaking up behind the surrounding foothills, but definitely not enough to hit the spot. I slogged onward. 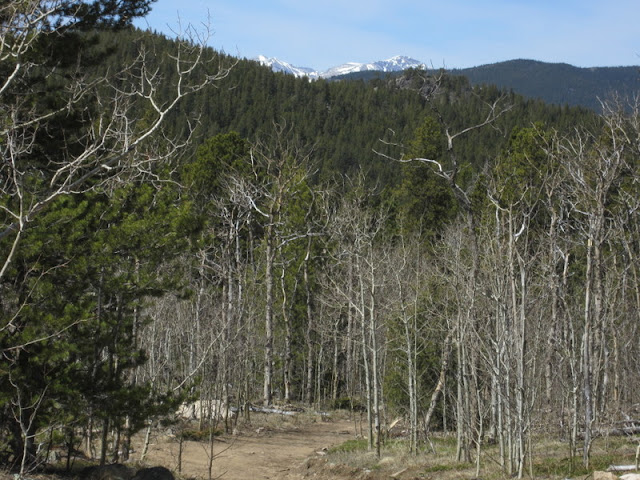 There was a trail junction, with no obvious options or marked vistas to head for. I needed a goal to keep moving, so I headed North for "Dude's fishing hole." 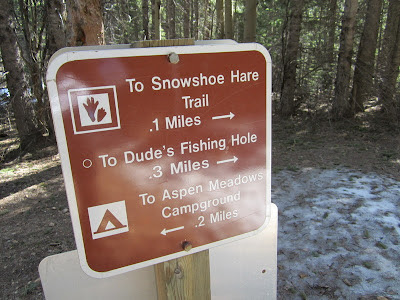 ﻿The trail descended into a dark conifer forest. A truly enchanted spot. It was around here that my spirits improved and my pace quickened. 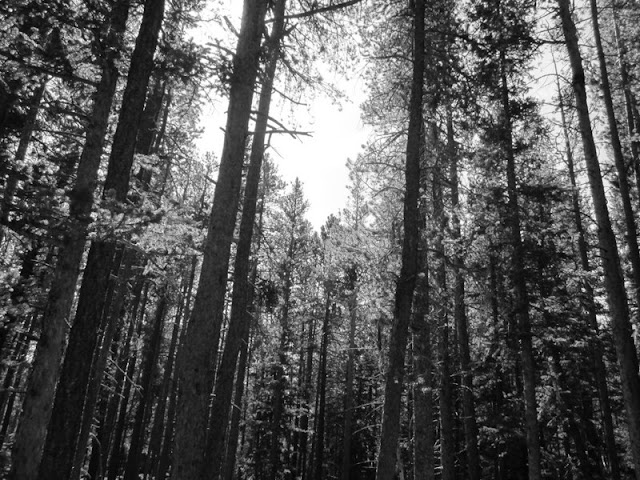 I came out of the wood into a small valley with an old settlement. 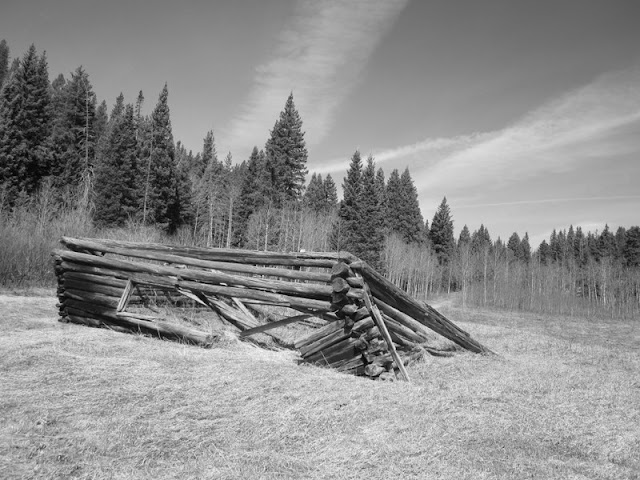 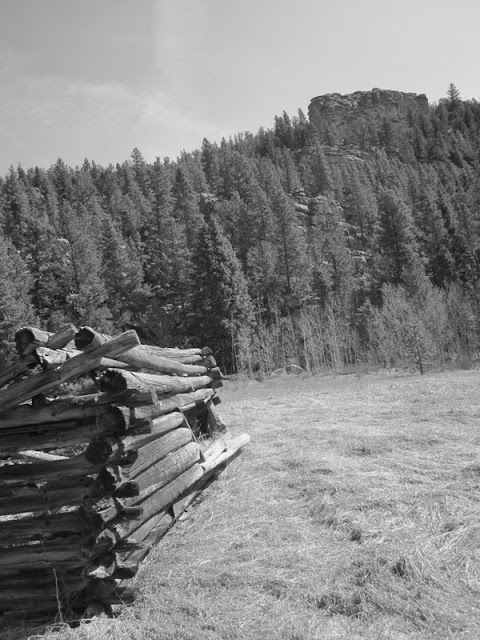 Moving on to the Dude's fishing hole. 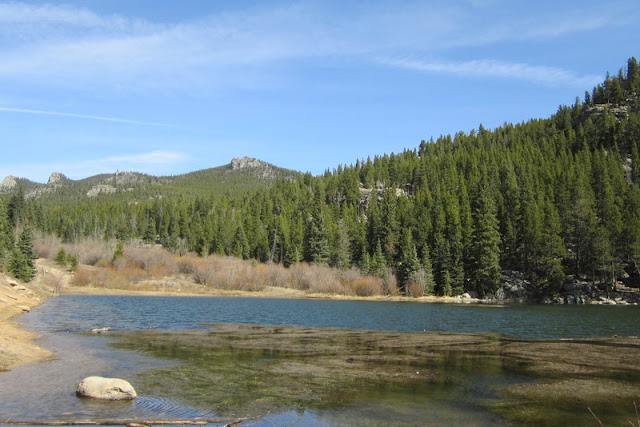 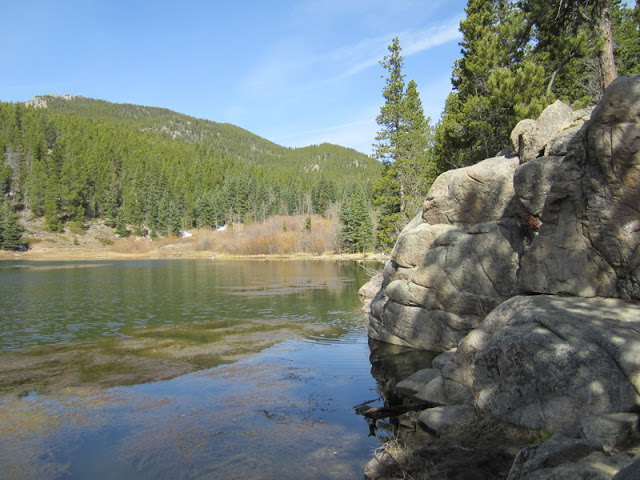 ﻿
Not a bad hole for fishing, I'd say. There was a prominent outcropping above the lake that looked like it commanded incredible views. While there was no trail, the slope was a fairly open boulder slide that looked manageable. Feeling completely recovered at this point, breathing easily and nearly euphoric, I was ready to tackle this. 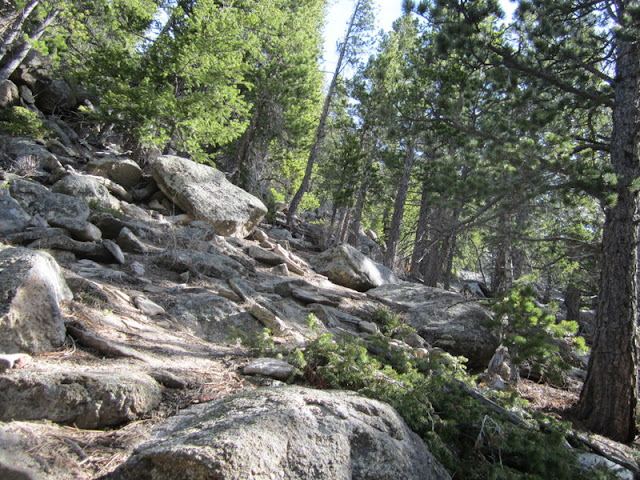 The boulder slide ended at this daunting face. Thankfully, I found an easier route up the backside. 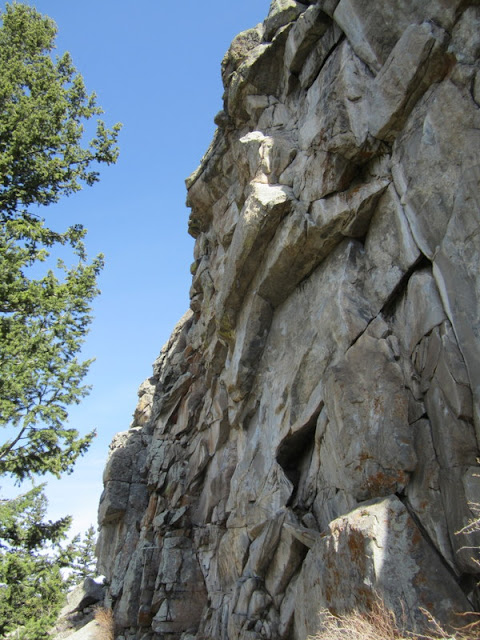 And the top. The 14ers were tucked behind the opposing hills, but the view was still pretty sweet.﻿ 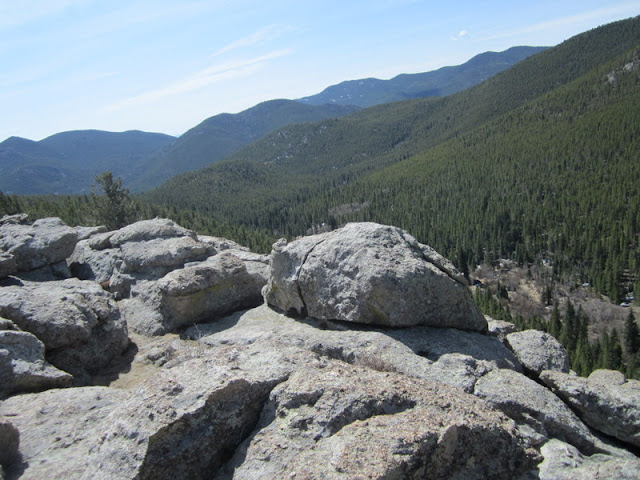 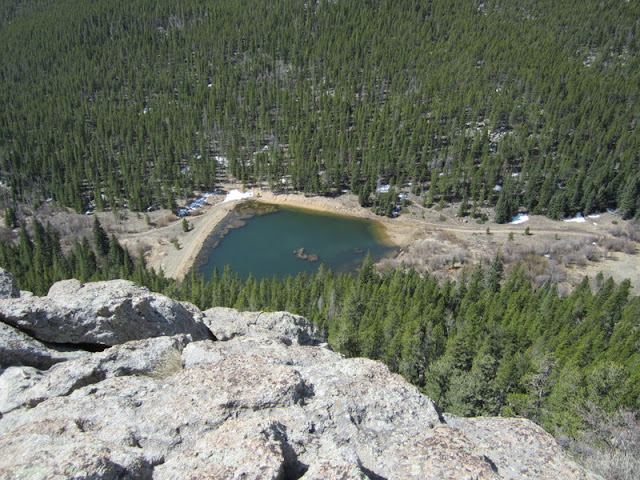 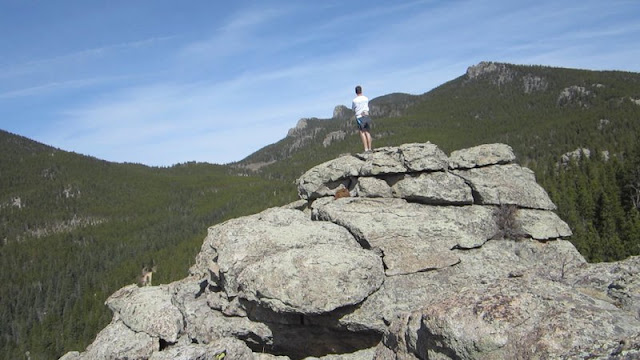 13 miles total. Truly amazing, how my body managed a kind of resurrection from the dead in a matter of minutes.
Posted by Brianofthemarsh at 9:48 AM