The discipline of procrastination

I have this goal to ride a century this year, but, to be honest, have been taking my sweet time getting there. With the baby coming, it probably won't be possible until the Fall anyway, but I also don't want to feel like a complete wreck at the end. Actually, since I ran my first half marathon a few years back on a whim with no training, I vowed to be over prepared for any race or major physical challenge I take on. I'm no medieval flagellant. There's just no fun in beating up my body for its own sake.With trail running, holding back sometimes requires discipline, but with biking I have no trouble at all being an under- achiever.

On Monday I returned to the Osage Hills North of Sand Springs, this time following Shell Creek Road out to Shell Lake. That added an extra five miles or so to the route, bringing it up to 50 miles more or less. It'll be a while until I even think about 75.

One of the many panoramas on the road up to Osage Casino. The hills are such a vivid green this time of year. 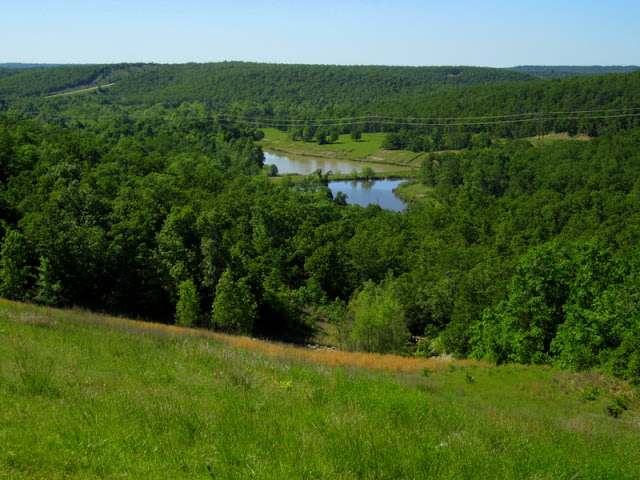 ﻿
﻿﻿﻿﻿﻿﻿﻿Shell Lake is a quiet and tranquil place, and like many bodies of water around here, is much larger than it appears from the shoreline. 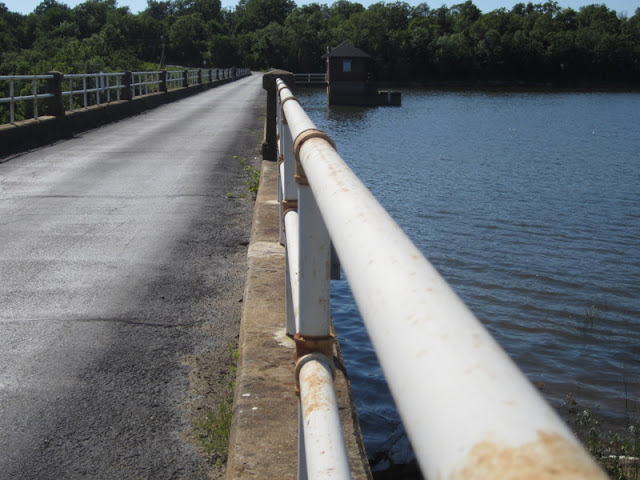 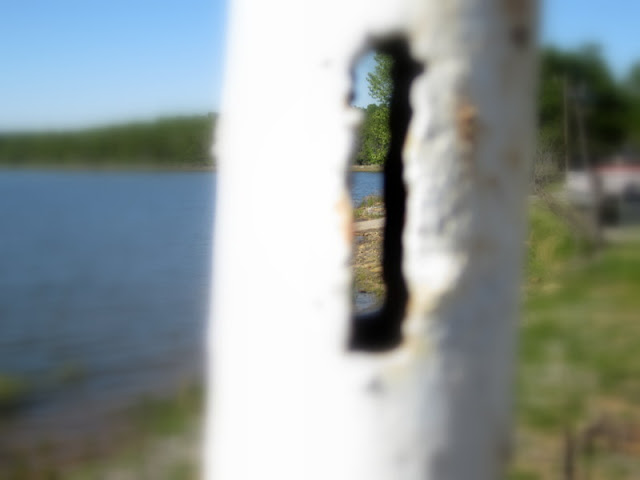