Boulder simply wouldn't be Boulder without Green Mountain. It rises an impressive three thousand feet above downtown and is home to the Flatirons, the picturesque and iconic rock formations that jut out at an acute angle from the mountain's eastern side.

It was Green's summit that I had set in my sights early Saturday morning.

Cutting through a quiet CU campus at dawn with Green in the background.﻿ 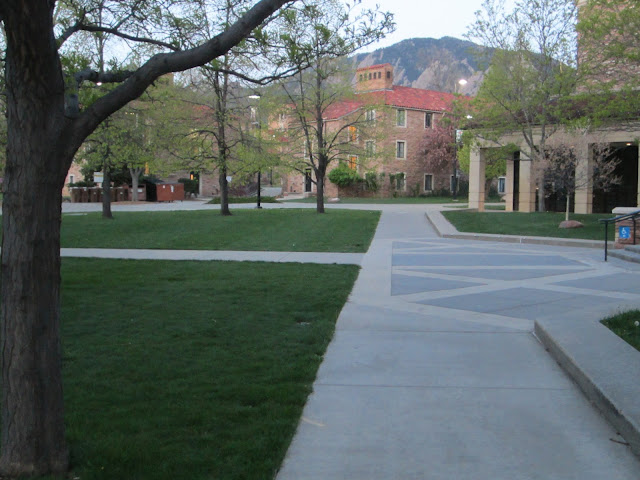 Climbing the hill on Baseline Road to the historic Chataqua Park, where the trails begin. 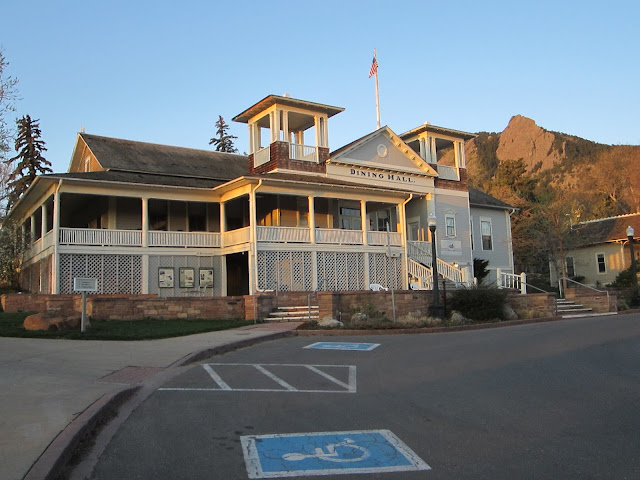 The beautiful meadows of Chataqua. 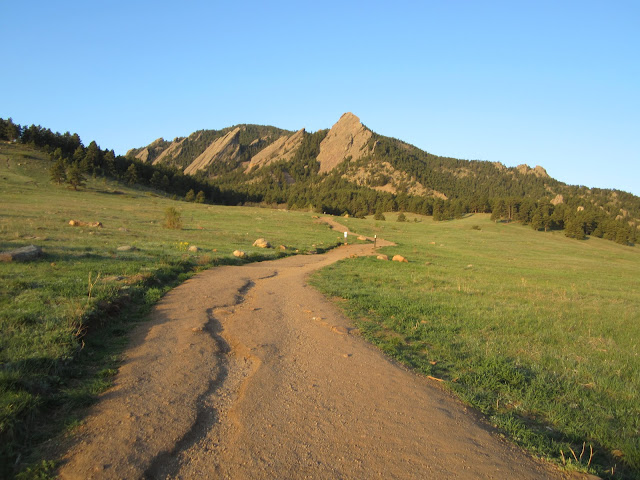 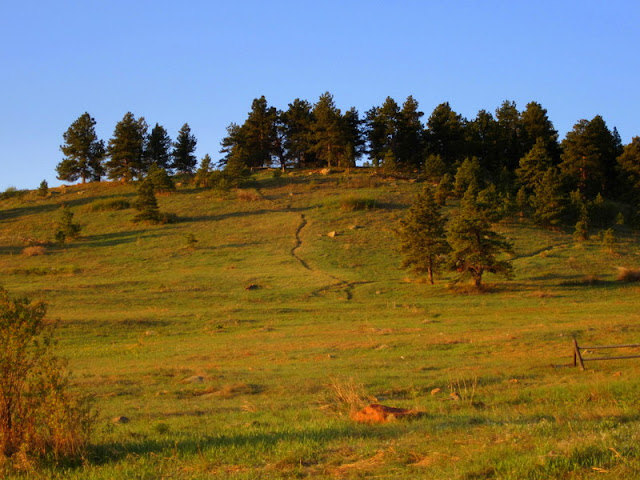 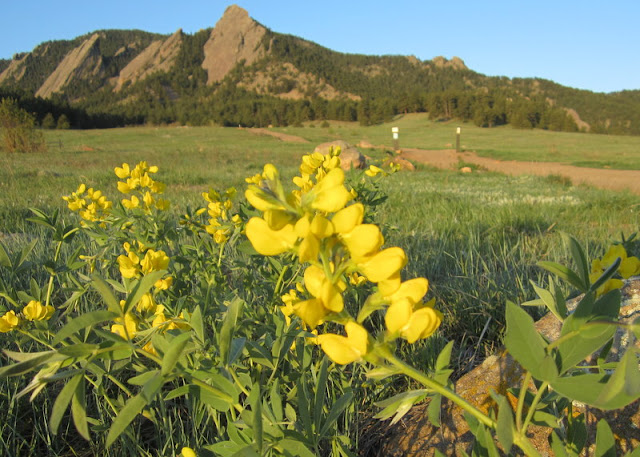 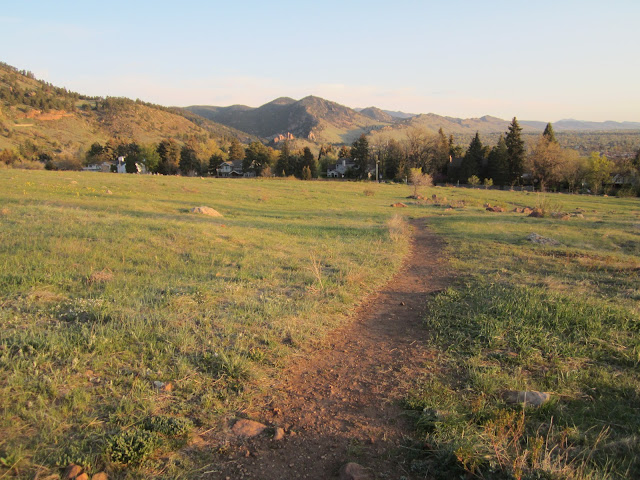 The climbing begins in earnest on the Ampitheatre trail. It's like the Stairmaster with uneven steps. 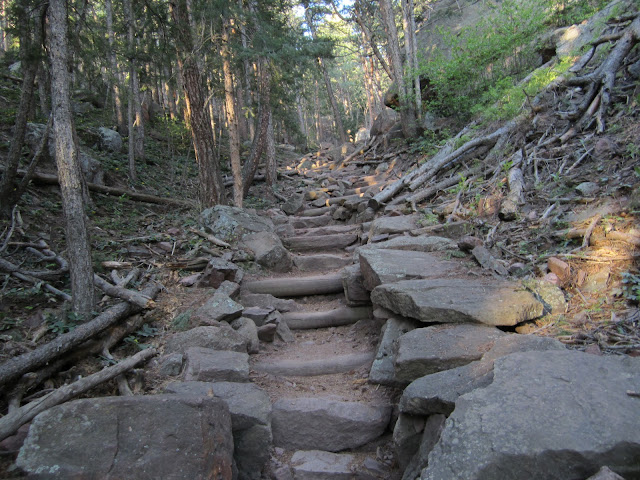 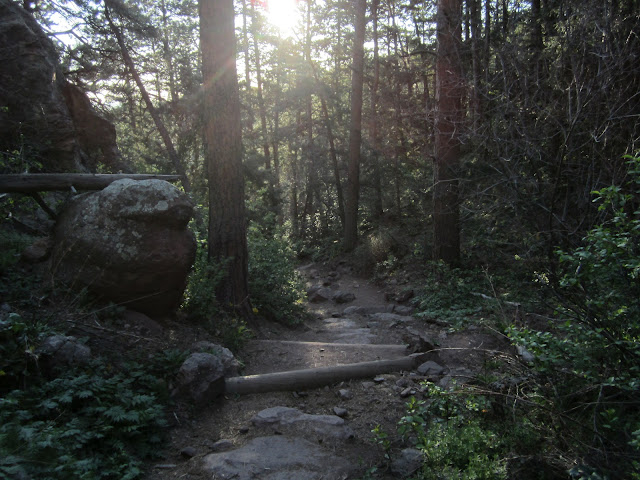 After Aphitheatre, I took the Saddle and Greenman trails on up to the summit. This cone stands at the top, although the true summit is the rock seen at the corner of the photo. 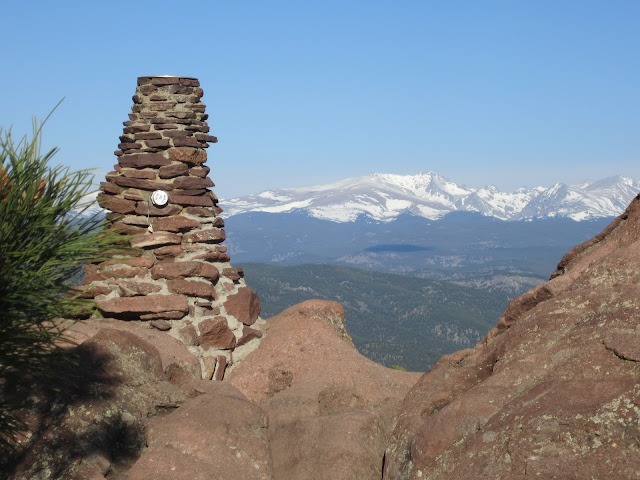 The summit commands sweeping views of the Great Divide to the West. 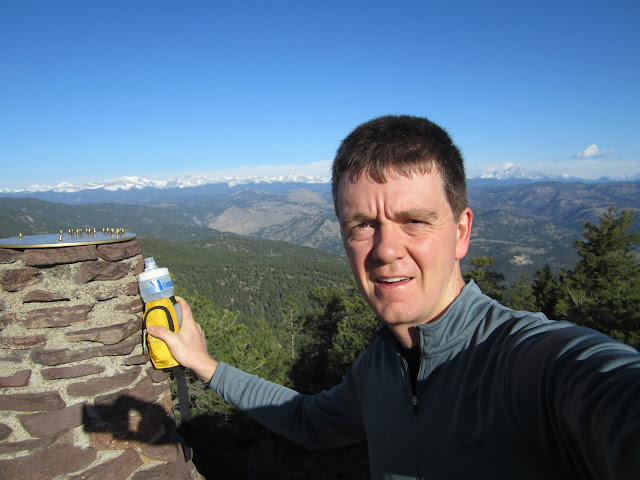 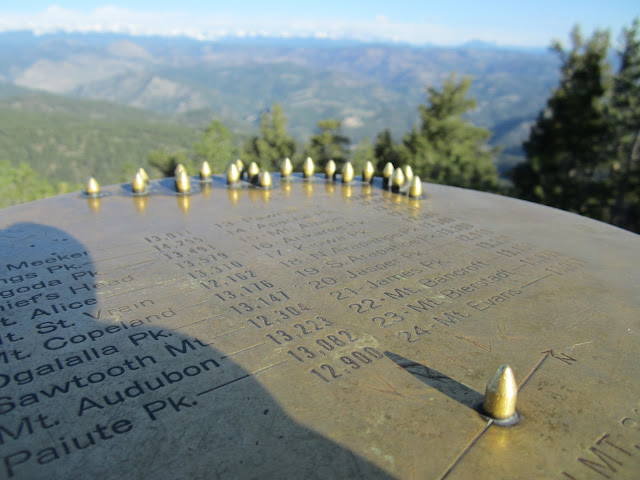 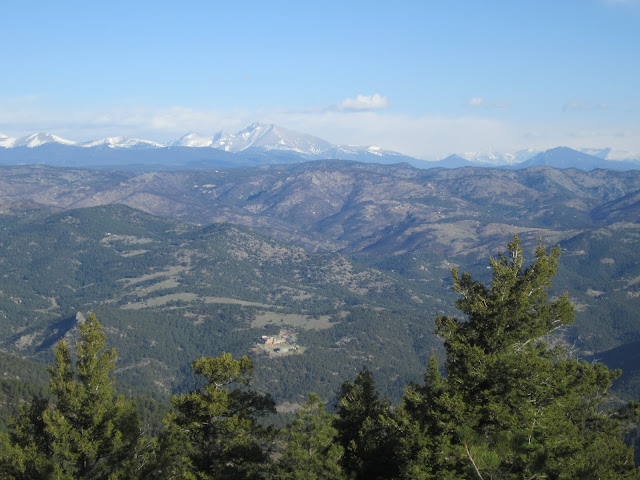 The Indian Peaks Wilderness above Nederland. 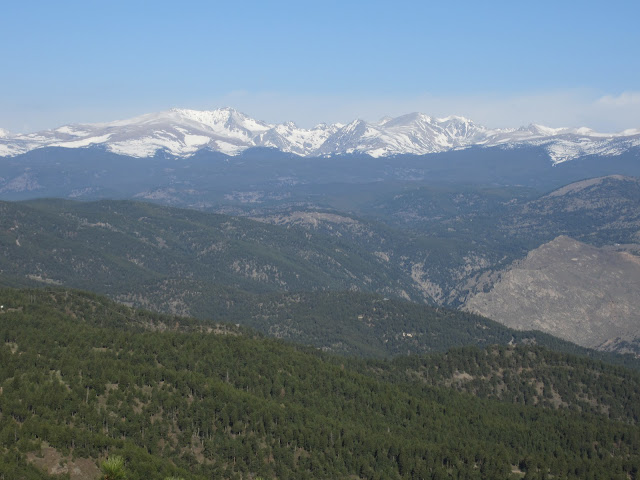 Eventually I had to pull myself away a get to a wedding, the real reason for our stay in Boulder. While it took me about an hour and a half get up Green, I flew down the mountain in less than forty minutes. Tons of fun, but my quads were jello by the time I got back to the hotel.

I was in a crunch to get back but snuck in one more pick of the Flatirons. 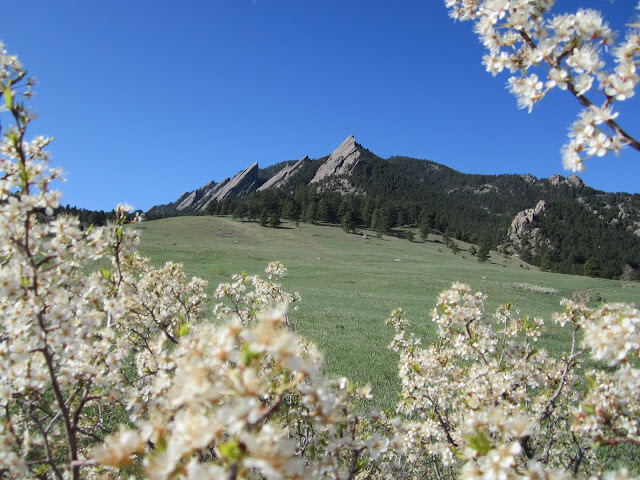 About 10 miles total from the hotel and back. Over 3,000 feet of elevation gain.
Posted by Brianofthemarsh at 7:52 AM