I listened to The Spokesman Podcast today. Super cool, super nerdy. At the beginning they were talking... politics. Yes, bikes and politics can and do mix. Under the direction of Oklahoma's own Jim Inhofe, the Senate Environment and Public Works Committee had put together a transportation bill that, in its original form, would have eliminated alot of Federal funding for the construction of biking and walking paths. After weeks of lobbying from bicycle advocates around the country, the Cardin-Cochran Amendment was introduced and accepted as part of the bill, ensuring again that biking and walking projects could still be candidates for funding.

The House, however, is working on its own version of the bill. House infrastructure and Transportation committee chairman John Mica has proposed a bill that largely eliminates dedicated funding for bike and pedestrian infrastructure. Federal funding for bike and pedestrian safety has helped build many of the bike paths in the Tulsa area. Contact your local representative and tell them about the importance of cycling as a mode of transportation and the need for safer means of getting about our modern cities with alternative modes of transportation. 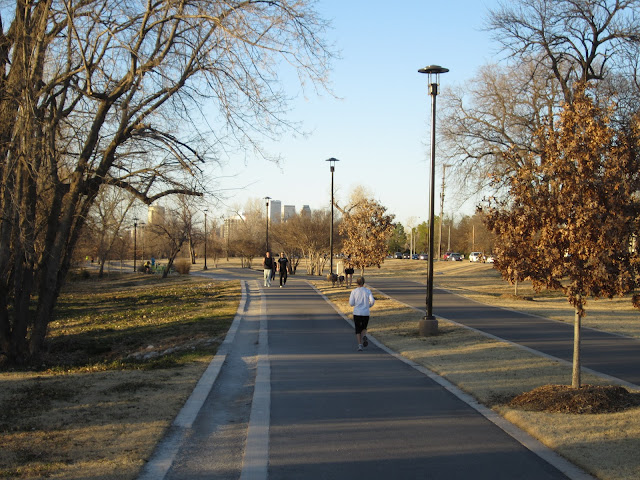 For more information on local and national bicycle issues, check out The League of American Bicyclists.
Posted by Brianofthemarsh at 8:40 PM