There would be no run on the beach this morning. I should have checked the tide charts before leaving, for the water was well above the hard- packed sand. We're probably close to a full moon, with the waves rolling up to the dunes in places. In addition, the wind was up and the sea was in a tumult. Before moving on, I took some time to revel in the raw power of the ocean. 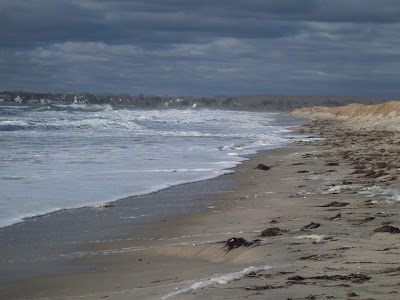 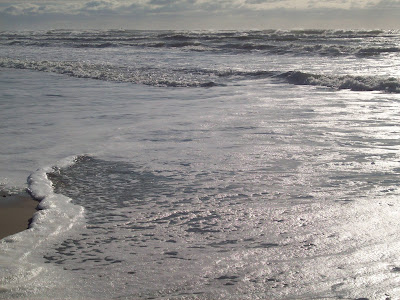 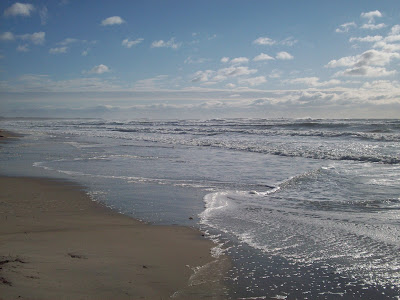 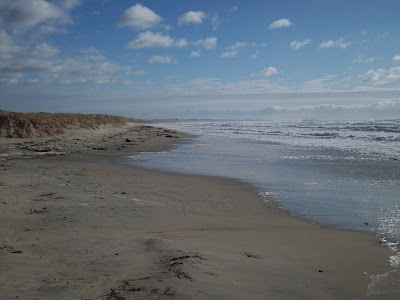 From here I drove to Allen's Pond Wildlife Sanctuary for a run on the trails. The remnants of Irene could still be seen on East Beach. 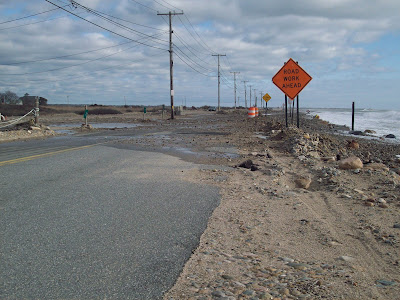 Allens pond is a sactuary run by the Massachusetts Audobon Society and is popular with birders and other seekers of wildlife. 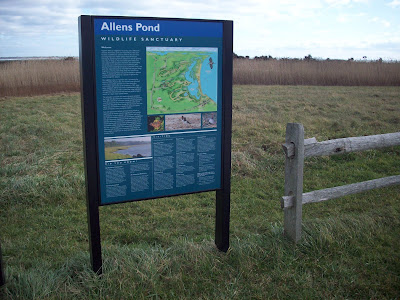 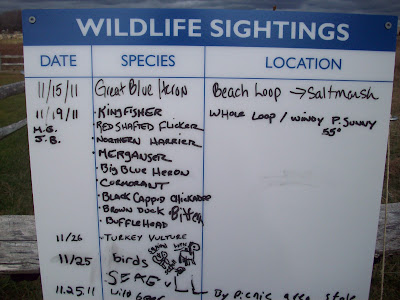 The refuge is a mixture of farmland, swamp and tidal estuary, with glacial age granite boulders peppered throughout. Several miles of trails make this a great place for running. 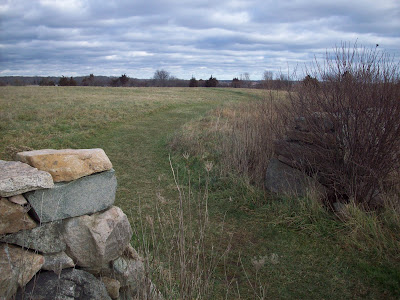 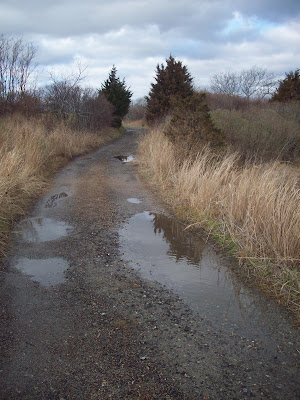 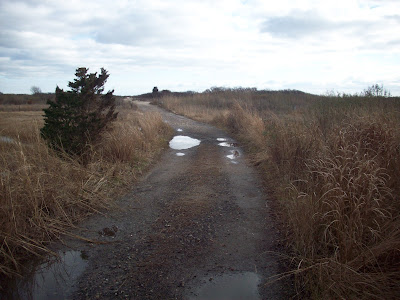 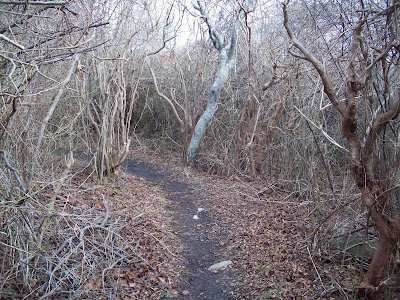 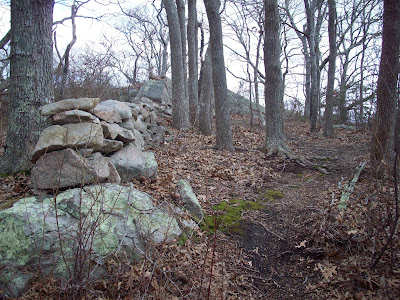 Trails are fairly flat in this part of New England, but the slippery, moss and lichen covered granite can be trecherous. 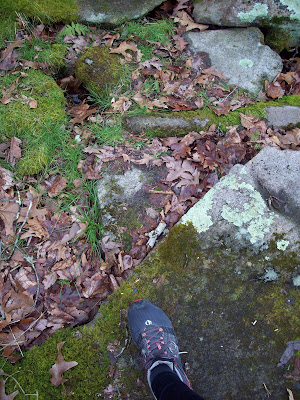 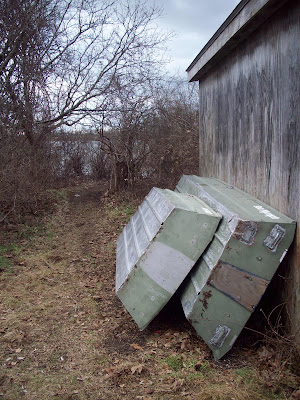 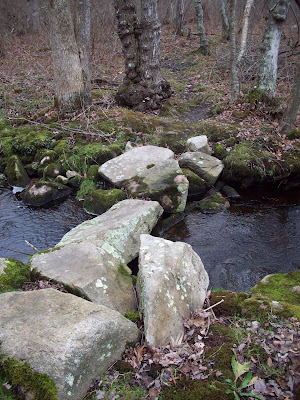 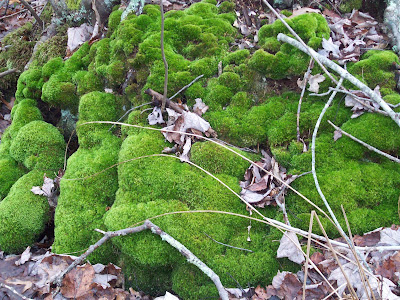 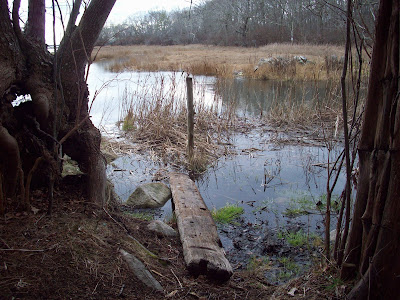 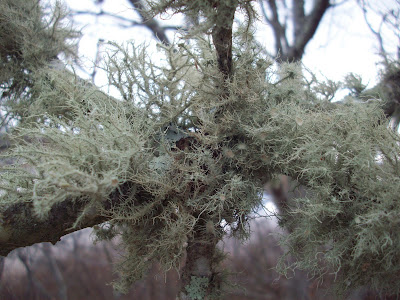 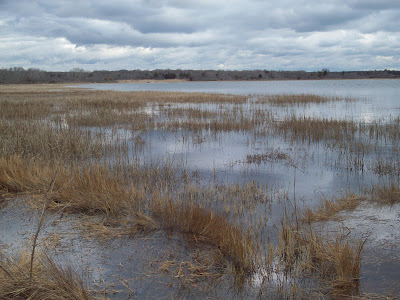 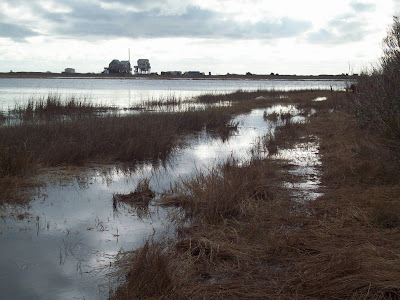 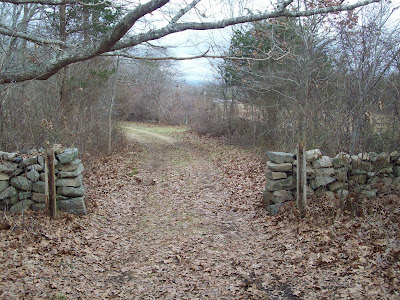 Wait... is that a face emerging from the tree?﻿ 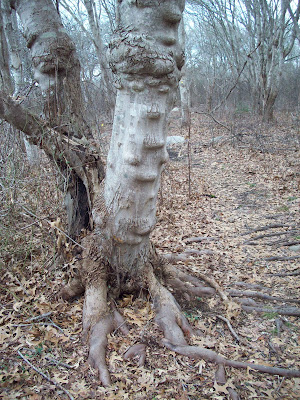 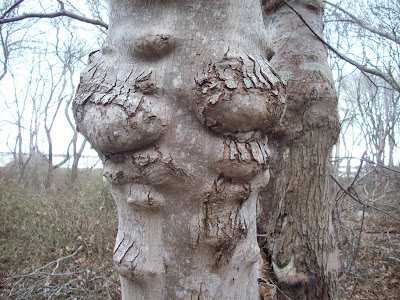 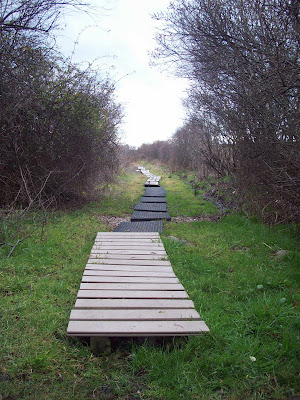 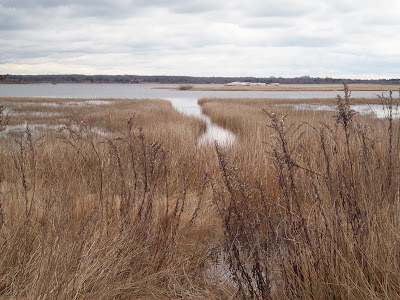 ﻿
Posted by Brianofthemarsh at 4:28 PM

Email ThisBlogThis!Share to TwitterShare to FacebookShare to Pinterest
Labels: Other, Run