Despite a severe cutback in mileage over the past two weeks, my knee was acting up again this morning. Not that it stopped me from getting outside. There are some trails that I have always wanted to explore behind the remnants of Fort Barton in Tiverton Rhode Island, so I headed out with my brother Carlin for a hike on what turned out to be fairly rugged terrain.

Fort Barton was the troop staging area for the invasion of the British occupied Aquidneck Island and Newport and the eventual Battle of Rhode Island. Located at the summit of a granite outcrop, the site commands magnificent views of Southern Rhode Island. 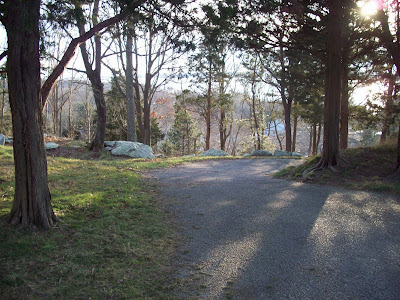 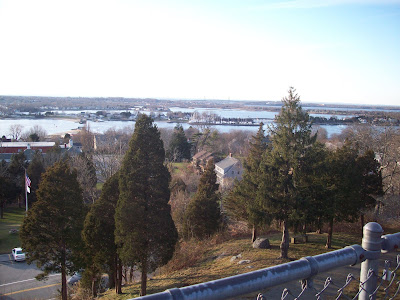 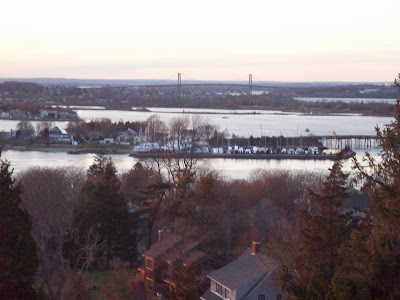 Very little remains of the actual fort, though, except for this depression in the ground. 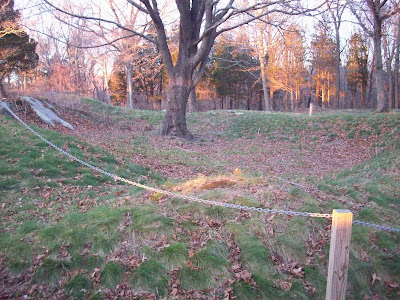 The trails b﻿ehind the fort go on for miles through fairly steep and technical terrain. 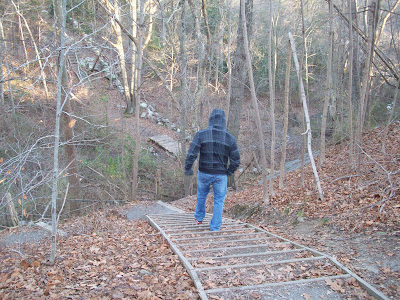 This mutant growth would mark the perfect setting for a Lovecraftian tale. 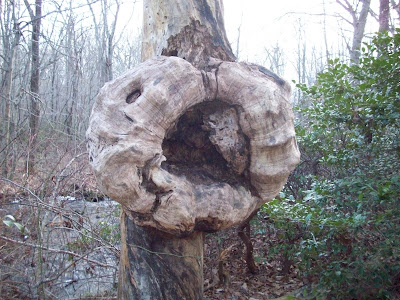 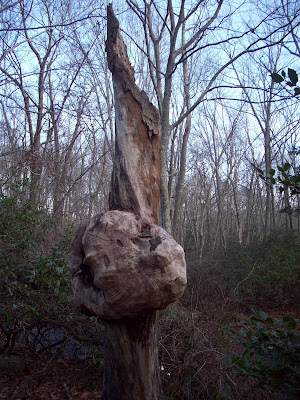 All this hiking makes one thirsty, and Berkshire Brewing's Coffeehouse Porter was waiting in the fridge upon our return. Berkshire uses Dean's Beans organic, fair trade, coffee.  It pours a near pitch black and smells like, well, fresh coffee. On the taste you get dark roast coffee beans and roasted malt, with enough hop flavor to balance things out. The coffee lingers in a good way. A very drinkable porter. 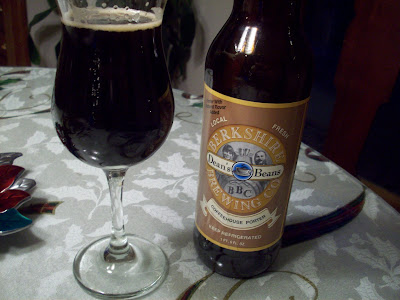 Posted by Brianofthemarsh at 5:18 PM

Email ThisBlogThis!Share to TwitterShare to FacebookShare to Pinterest
Labels: Beer, Other