I used to work in the landscaping business, and one of my more menial tasks was to run brush to the dump. I always made it a point to check the area where they lined up all the discarded bikes and other equipment, in the hope of finding a road bike to take home and restore. These were the undergrad years when buying a road bike, new or used, was out of the question. Most of them were trash to begin with or so far gone as to be completely useless, but one day I found this beauty waiting for me. 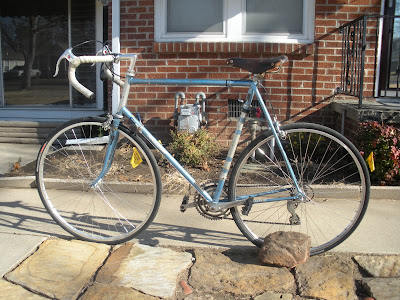 I didn't know it at the time (or until yesterday, actually), but it was a 77' Raleigh Professional, one of the better road bikes you could get back in the day. Other than a little rust on the frame, and two worn and flat tires, it was in fine condition.
Thus began a partnership that has lasted nine years and is still going strong. It has been a commuter as well as an exercise bike, sometimes both. I had to replace the original rear derailleur when it exploded on me in an intersection (yikes!), but otherwise it has held up very well.

The Professional has some sweet decor. 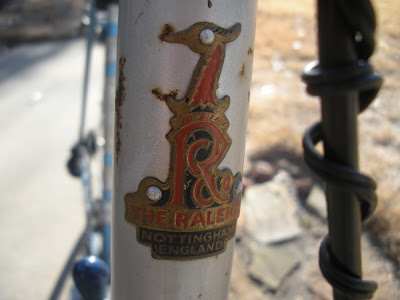 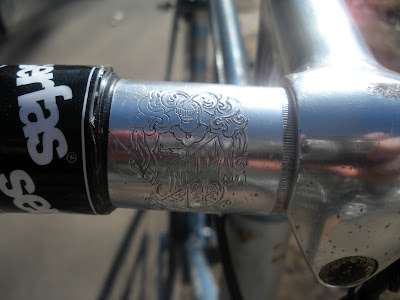 Old school gear shifters on the down tube can be a bit awkward at times. One upside is that they actually allow for greater flexibility in the adjustment of the derailleur.
﻿ 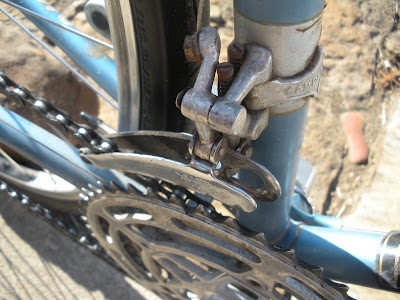 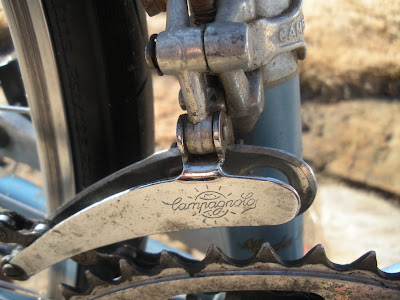 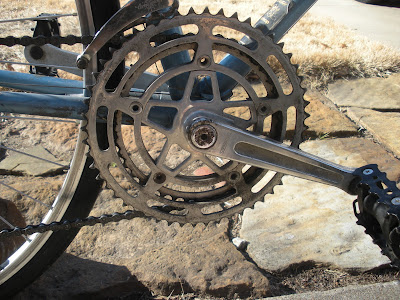 I love the feel of the firm and smooth Brooks saddle. As you can tell, I have not taken very good care of the leather. 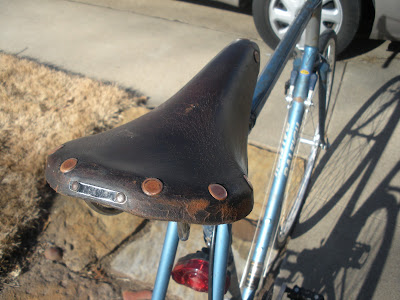 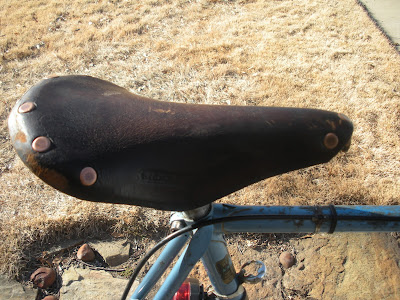 Not sure if these were the original break levers. 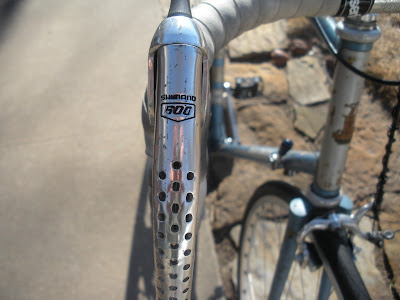 The new rear derailleur doesn't match the beauty of the original. 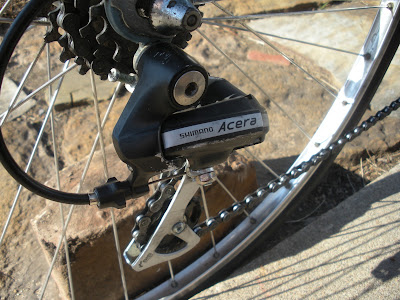 The wheels might of been replaced at some point, for I doubt that Shimano was part of the original unit. 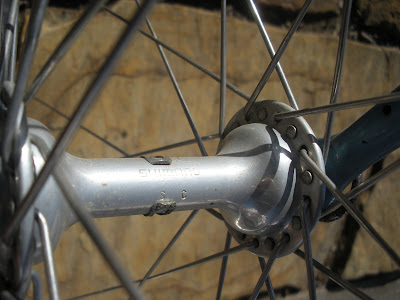 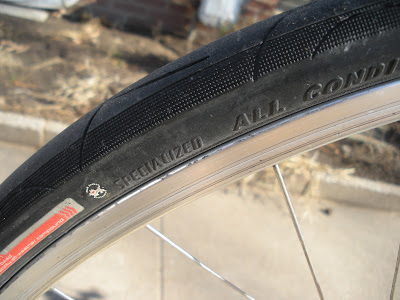 With my new Trek road bike, the Raleigh has become a commuter again. Every now and then I flirt with the idea of selling it to get something more suited to the potholes and cracks of the streets in Brookside, but in truth such an act would be treacherous after all these years together. I've also considered turning it into a touring bike, or (not sure if this is even possible) a cyclocross bike. Whatever I end up doing with it, I'm sure it will be around for many more years.
Posted by Brianofthemarsh at 9:09 PM