With less than a three hour window for play, I decided to explore the Osage trail, a rail to trail that leads from the Lagston University campus to Skiatook. Took the Midland Valley Trail to downtown, Greenwood to Lagston U. 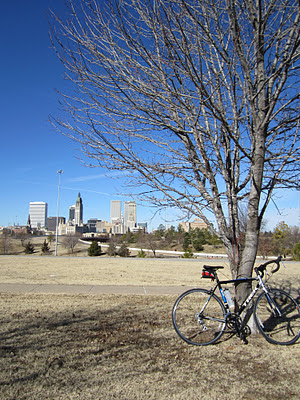 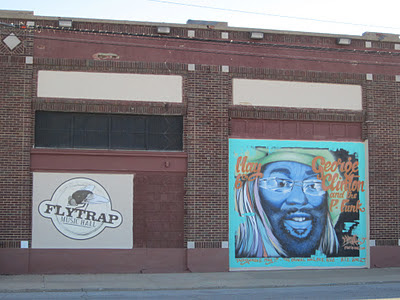 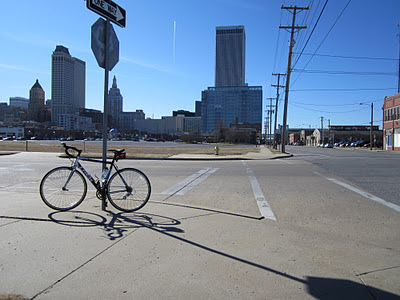 An unexpected delay. I lost track around a hundred. 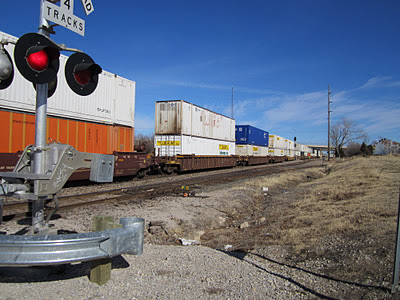 Greenwood Ave. was part of a economic and cultural center for African Americans in the early 20th century. 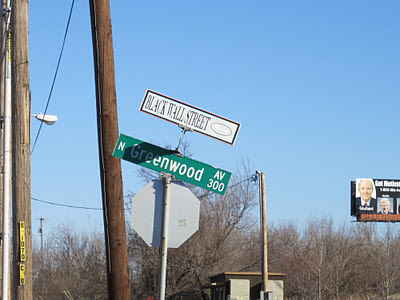 The culture of Greenwood memorialized on the highway that removed much of the neighborhood. Urban planning at its worst. 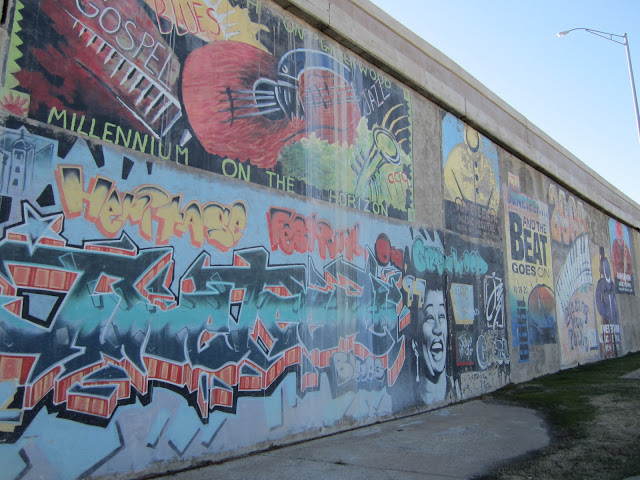 Urban decay quicky became the theme of this ride. If there are ghosts, then surely they inhabit North Tulsa's abandoned buildings, empty lots and the wooded ridges that overlook them.  Unfortunately, packs of mean dogs stalk this part of the Osage trail, making it difficult to capture on camera the sad beauty of structural decay. 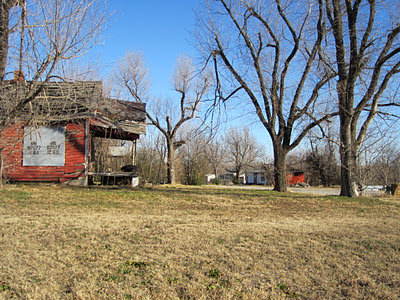 Contunuing North on the trail. 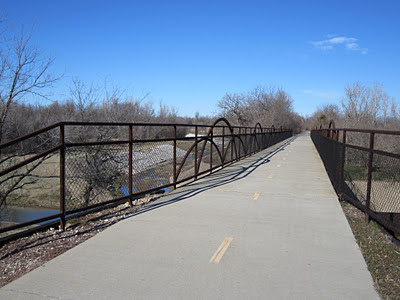 Closer to Skiatook, feild and marsh evetually take over the landscape. 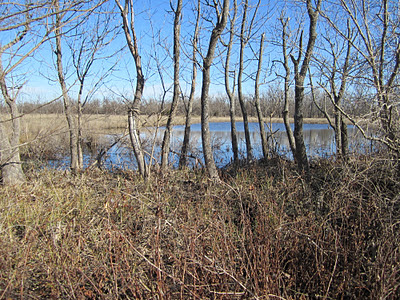 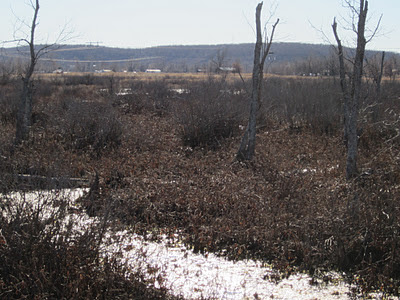 It was around here that I turned back South. I had to push it to get back in time for my next engagement. Those pit bulls didn't stand a chance. 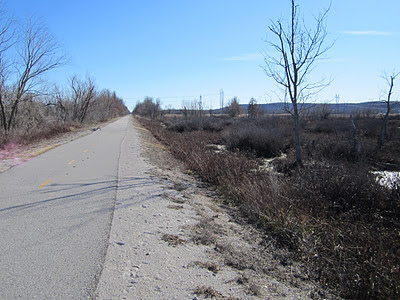 Skiatook will have to wait for another day.
Posted by Brianofthemarsh at 6:43 PM