You know what they say: if you can't go to Colorado, drink it. Well maybe they don't say that, but it's what I was doing over the past weekend. 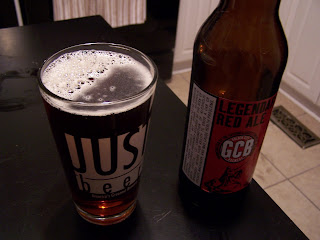 The Legendary Red Ale is from the "second largest brewery in Golden, Colorado". When you consider their only competitor, however, the Golden City Brewery would be more aptly named "the best tasting brewery in Golden, by default". But they deserve more credit than that. GBC is a fun place to visit, with one of the coolest atmopsheres for a microbrewery.  On our visit to Colorado last September, I stumbled upon this place tucked away on a side street. Locals were standing around on an open patio ordering beers from a tiny window, like an ice cream stand.
This beer is called "red ale", but would be more accurately classified as an altbier. Like ale, altbeir uses top- fermenting yeast, but is conditioned for a longer period and at a lower temperature. A sort of ale/lager hybrid, if you will. The taste is supposed to be smooth and crisp without any strong flavors. With that in mind, GCB's offering gets the job done. You get toasty malt upfront followed with bitter hops, with a fairly clean finish. Definitely not my favorite style, but I could enjoy this on a hot summer's afternoon. 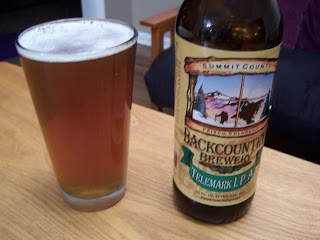 Telemark IPA, from Frisco's Backcountry Brewing, starts off with wonderful aroma of citrusy hops. This brew is what I like to call a "hearty" IPA; possessing a considerable caramel malt presence along with the hop flavors. Not a bad beer, but I prefer a little more hoppiness. Better versions of the "hearty IPA" are out there.  Ska Brewing's Modus Hoperandi and Oklahoma's own Coop's F-5 IPA come to mind. But, don't get me wrong, this is a very drinkable beer.

Speaking of Ska Brewing, the Toaster's Black IPA is just awesome. Just look at that creamy head! There's alot going on in this brew: Roasted malt, coffee and chocolate followed by earthy hops. Feels and tastes creamy like a stout. A pleasant smokey/tobacco subtlety in the background that lingers. It's official: Ska rules! 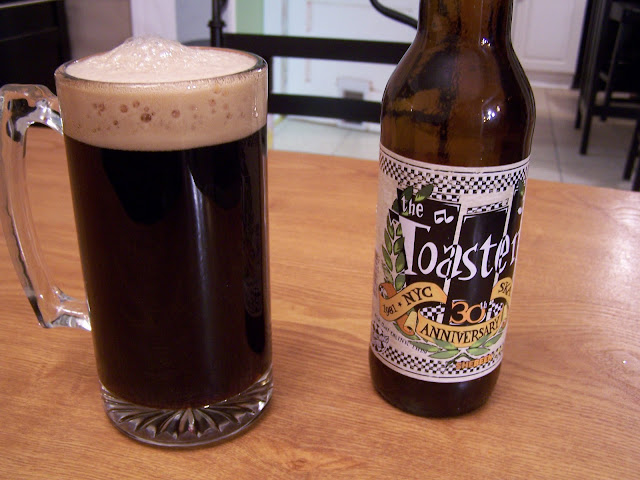