A drinker with a running problem

So goes the Hash- House Harrier motto, one that aptly sums up my Saturday. McNellie's brought in the new season with their third annual Harvest Beer Festival. The plan was to run the six miles there, "earning" my beer, and to run back, eliminating the need for a designated driver while getting in some fatigue/ delirium training in for my 50k at the same time. So efficient.

I was surprised to see the Midland Valley Trail repairs finished and open again. 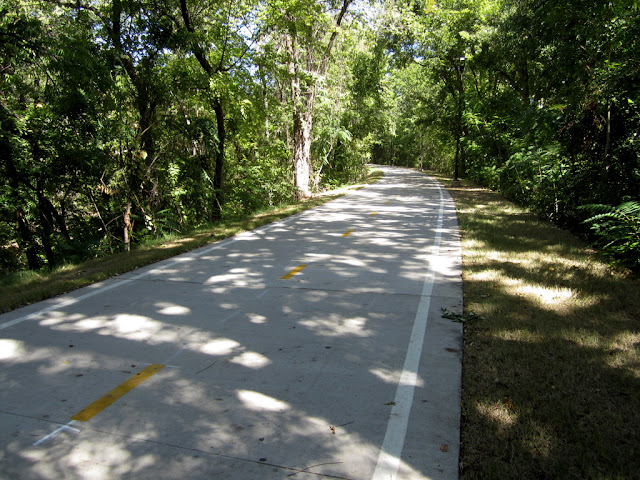 The trail leaves the river at the Brrridge and takes you due North as the river curves to the West, becoming a wonderland of asphalt and concrete as it skirts freeways before dumping you onto third street just East of the Blue Dome district. 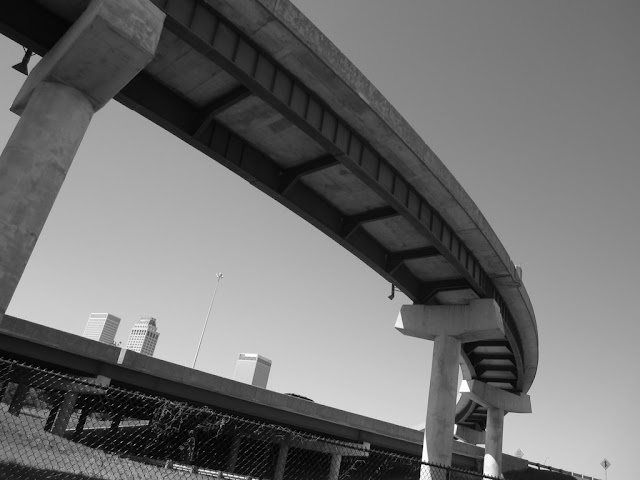 The festival was much more crowded than last year, and this was still early afternoon. 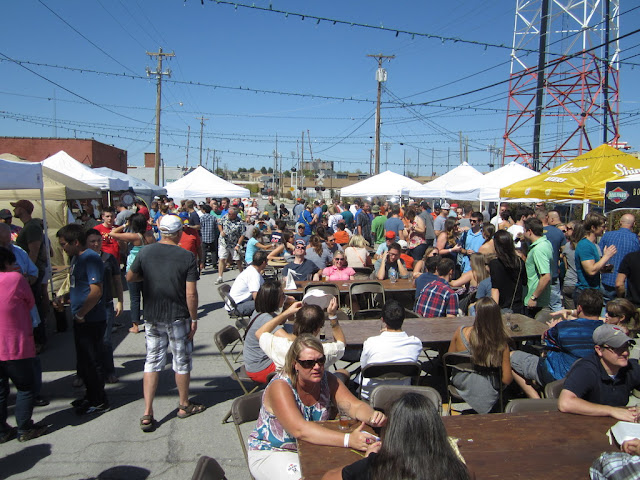 If you follow the Thirsty Beagle beer blog, you'd know that brewing companies are sprouting up left and right in Oklahoma these days. At least four of them were pouring at the festival. More competition in our state can only be a good thing, although I still think we need to make it easier for out- of- state craft breweries to do business here.

This is the owner of Anthem Brewing out of Oklahoma City. Golden One is their sole offering at the moment, but it was a quite refreshing, if a bit unusual, take on the Belgian style. I'll be looking for this one at McNellie's. 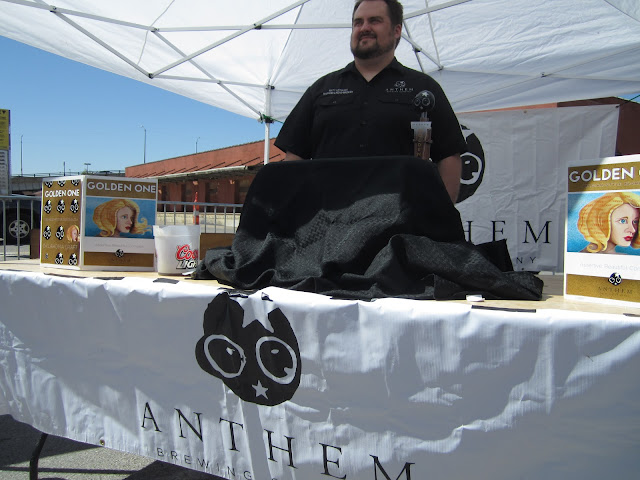 Dead Armadillo Brewing, also out of OKC, had a number of brews to try: a good vanilla porter, a great IPA and a stellar black IPA. Unfortunately, they won't be putting anything on the market until early next year. 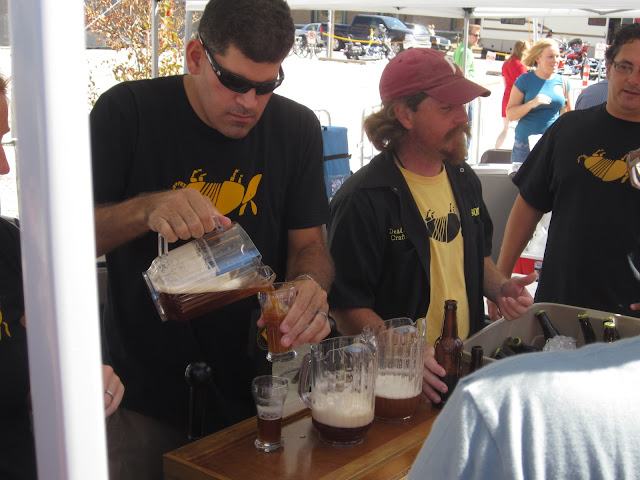 Those Dead Armadillo t-shirts are pretty sweet, but Black Mesa Brewing has the best logo bar none. Not only does it have the elevation profile of our State's highest point, but includes one of my favorite quotes from Tolkien. Can't say I remember much about any of their beers though. 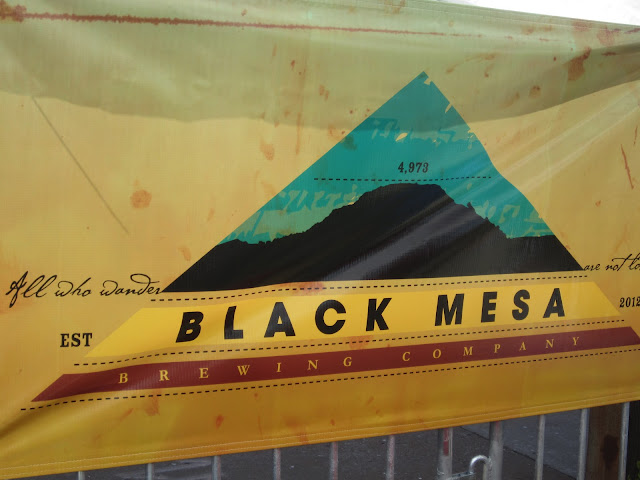 I tried more beers than I can remember, and only one was outright crap (a pumpkin stout). Coop had an excellent Farmhouse Ale. Choctoberfest was very good.

Good weather, good run, good brews. You can't ask for much more than that. Cheers!

Posted by Brianofthemarsh at 9:28 PM