Ran with the fam on the river trail this morning. Sophie slept soundly as I put in about four miles. 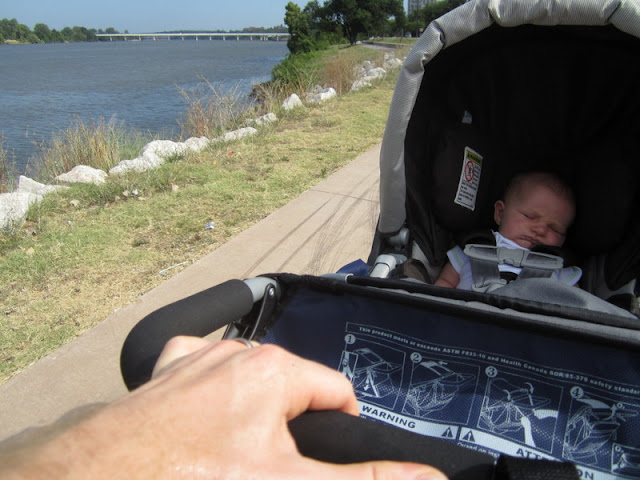 My illustrius pacer pushed me on.﻿ 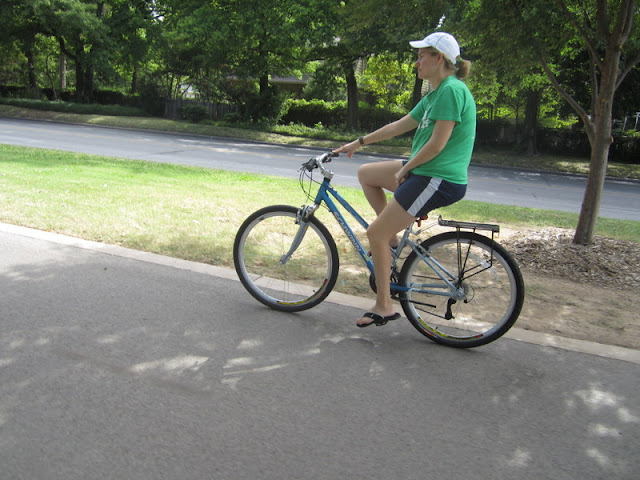 The Bob Revolution is freaking awesome! It works as a walking stroller but is really designed for runners. Compared to other "running strollers", the Bob is rediculously expensive, but in this case the added price is worth it. You can tell that the quality of the parts are top notch. The large wheels keep the stroller moving forward with minimal effort. It takes little time or effort to get the hang of the bar without messing up your form. Rear suspension keeps the ride smooth for your passenger. There's even an adapter for an infant car seat. 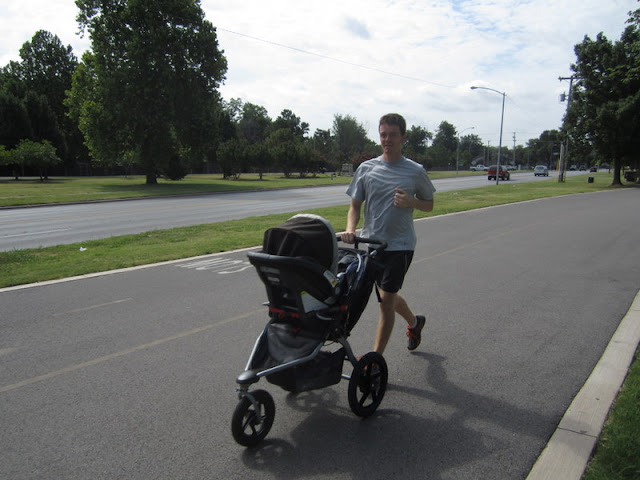 I was initially reluctant to take her running while so small, but a practice jog revealed that she stays happy regardless of the speed. The paved trails along the river are so smooth anyway and I don't intend on running anywhere else until she graduates to the big seat. Man, its going to be fun to go on longer runs when she gets bigger.

Now, time for a beer. 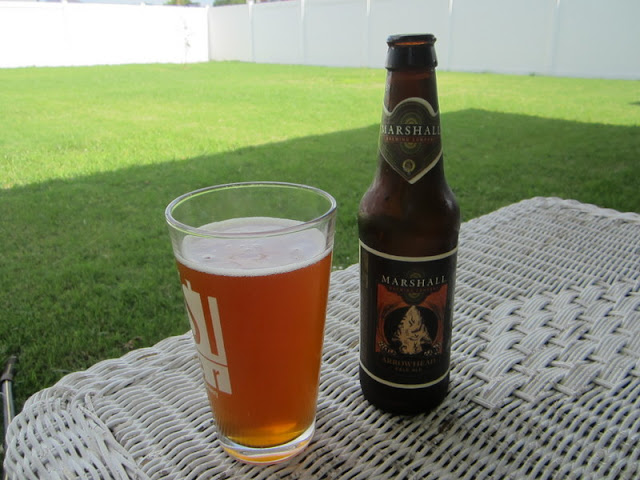 It's pretty damn hot in Oklahoma, my friends. Tis officially the season for simple, crisp ales that go down easy. Thankfully Marshall's summer seasonal, Arrowhead Pale Ale, fits the bill.  This was my go-to beer last summer and I think they've actually improved on the bottled version. There's grapefruit and sweet malt followed by a drying grapefruit rind/ lemon peel bitterness that's less in your face than last year. Wow.
Posted by Brianofthemarsh at 8:37 PM