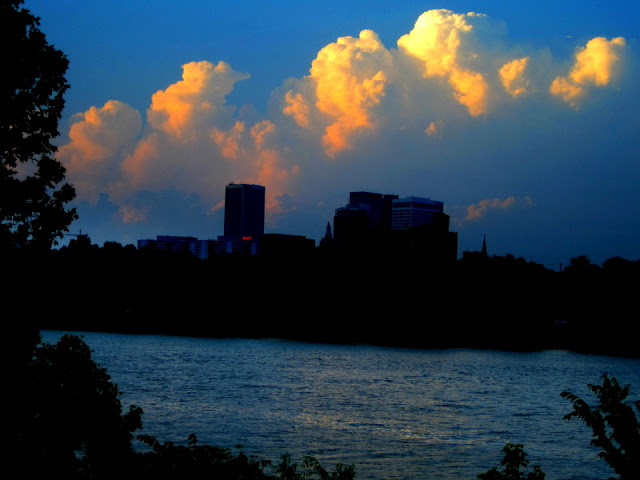 Tulsa made 50th on Bicycling.com's top 50 bike friendly cities. Yes, there's Turkey Mountain and the River Trails and a fairly robust cycling culture. There's even an ambitious 2030 metro trail connector plan. But the fact is, its just plain risky to take your bike out on the streets around here. Even streets designated as official "bikeways" are not designed, even in the most rudimentary ways, to accommodate cyclists. A case in point: the overpass on S. Waco that crosses I- 244. Up there you're literally stuck between Waco traffic and cars coming off the 244 ramp well above the posted speed limits.  But if you paint a bike logo on the ground, it's a bikeway!

What purpose does this list serve, other than give city promoters and planners a chance to pat themselves on the back?

Ah well, time to stop complaining and crack one open. 8 Bit Pale Ale comes from Tallgrass Brewing in Manhattan, Kansas. Every thing I've tried of theirs is good and their Halcyon Unfiltered Wheat is probably the only wheat beer I've sought out twice. With its galaxy hops, the 8- Bit has a retro game theme going on. I'm always a bit wary of flashy packaging, but in this case they aren't compensating for anything. This is a great beer. Citrus, fruit, and grassy notes followed by a slight bite, finishing dry. Balanced and refreshing, what I look for in a Pale Ale. My only complaint is that it is so expensive, at nearly nine bucks for four 16oz cans. 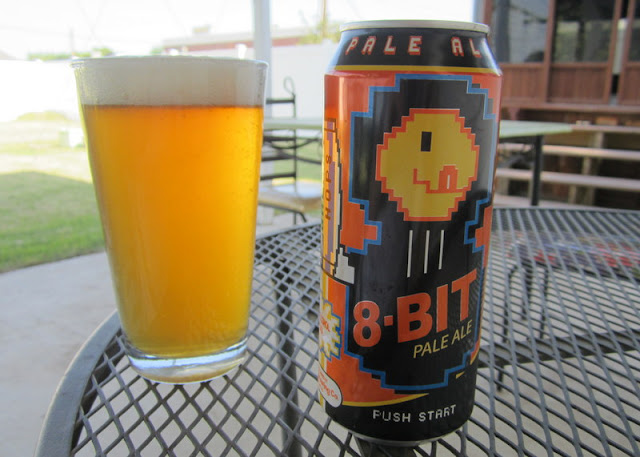 Posted by Brianofthemarsh at 8:50 PM