On Sunday, I went with my brother-in-law Sean to Rocky Mountain National Park for an overnight in the Lumpy Ridge area. We thought it would be wise to avoid the high country with all the late season snow. Lumpy Ridge doesn't get much higher than 9,000 feet and yet offers challenging climbs, expansive views of the Divide, and little nuggets of beauty in unexpected places.

The trail out to the campsite: 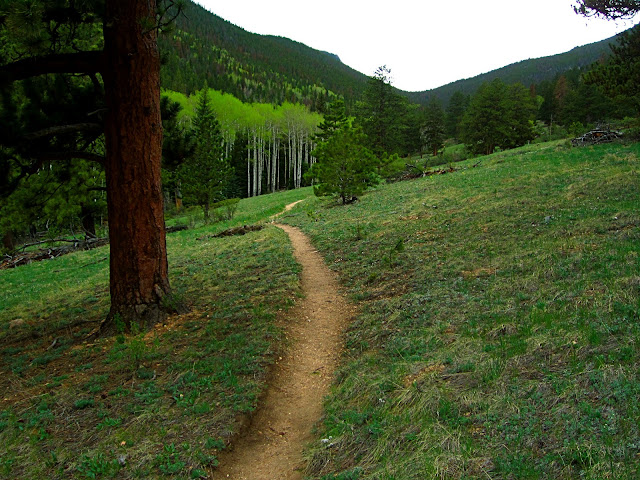 Aspens are nearly as beautiful in the Spring as they are in the Fall. 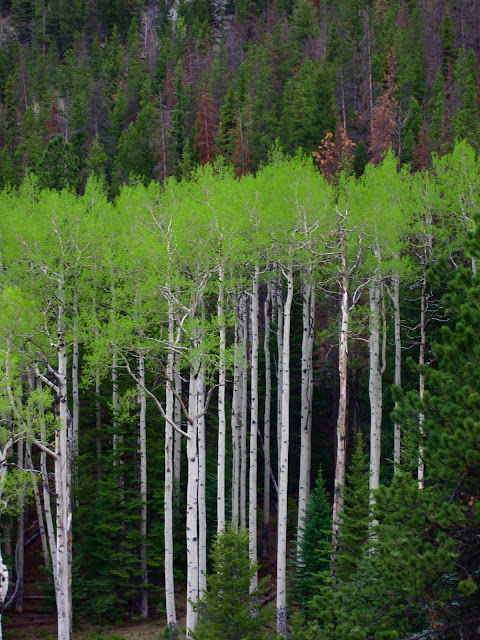 Thankfully there was a trail head only a mile away from our site, allowing us to set up camp first, and then explore with lighter day packs. The Rabbit Ears campsite (named for a rock formation that towers behind it) was set apart from the main trail by deep conifer woods and a roaring brook. 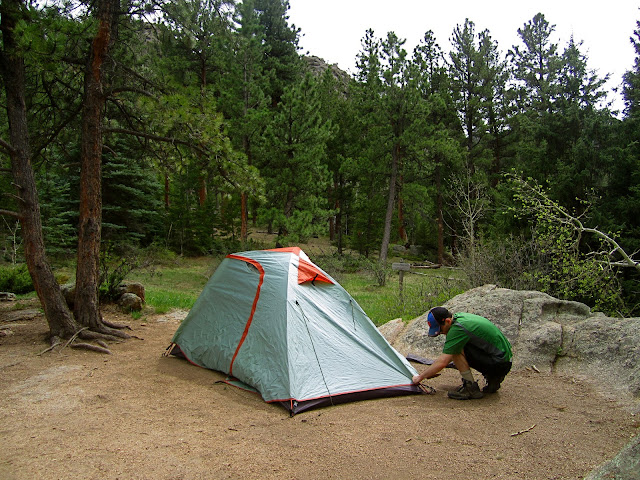 Once camp was established, we started hiking the Twin Owls loop, a twelve mile (or so) series of trails that goes around and straight over (twice) the massive granite ridge just to the North of Estes Park. 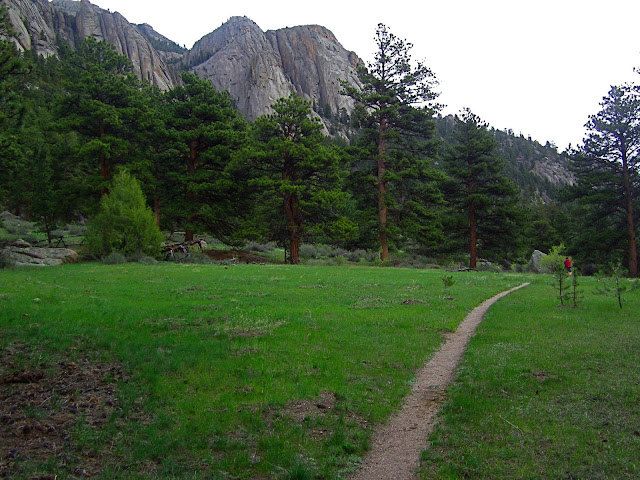 This family seemed less shy than their cousins on Turkey Mountain. 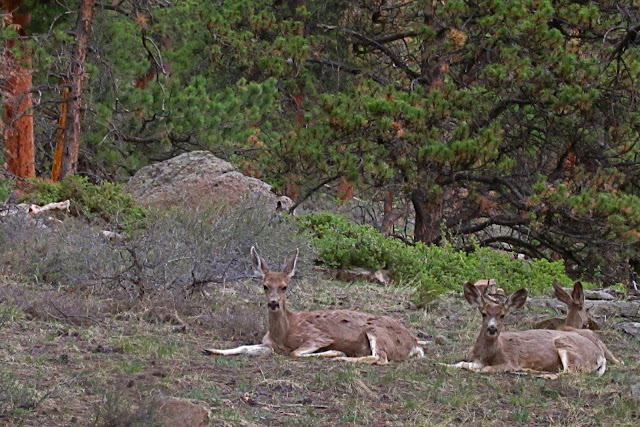 At one point the trail descends to the valley floor, crosses over onto private property, and meanders through a working cattle ranch. 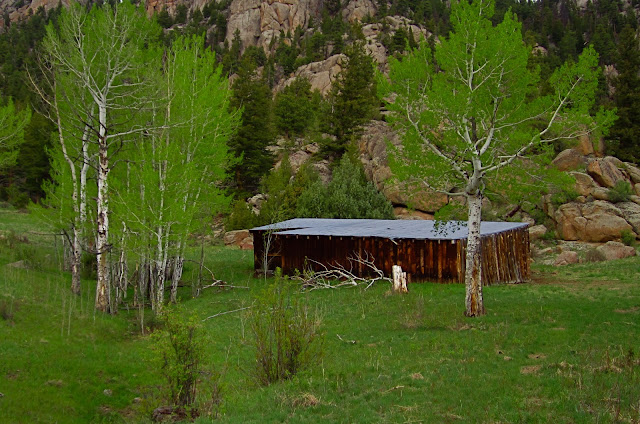 Big expansive views of the Divide were to be found on many sections of the trail. 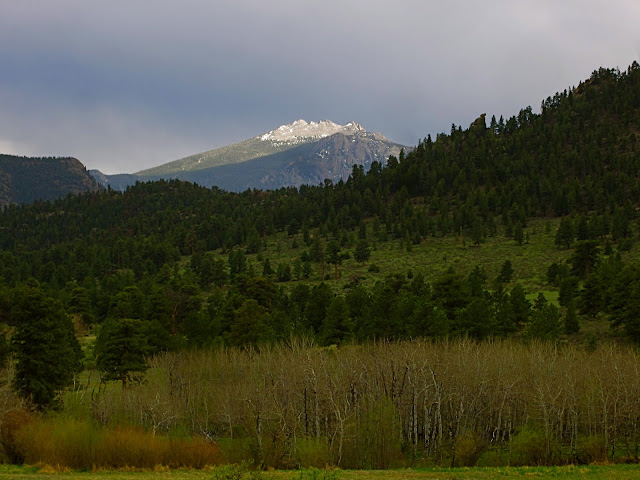 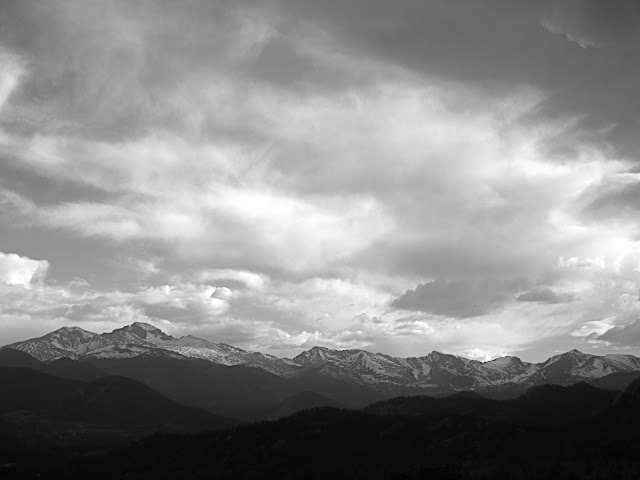 Snuggled in between giant rock boulders on top of the Eastern end of the ridge is Gem Lake. It lives up to its namesake. 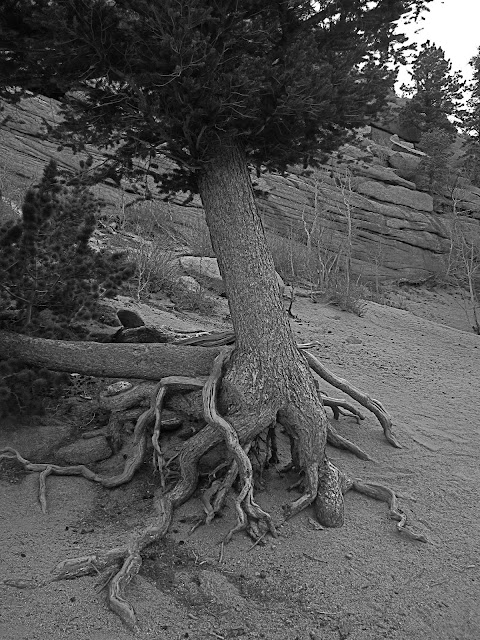 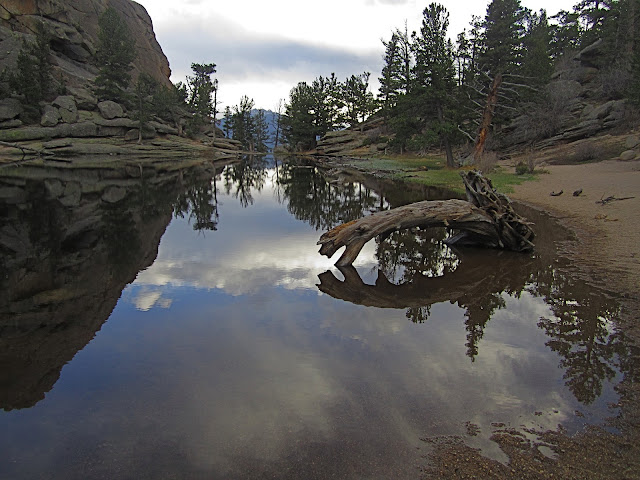 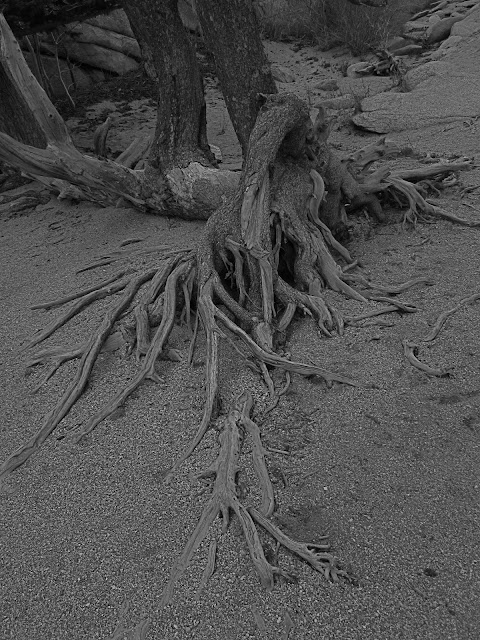 I tried to imagine the first human to ever stumble upon this natural cathedral. What did he (or she) think? Was he too occupied with searching for his dinner or an enemy to take note, or did the power of this place compel him to stop, even for a brief moment, to wonder and marvel at something greater than his own immediate needs?

The shot below was taken at the end of the day, when we were tired and hungry. And yet this was the best part of the loop, in my opinion. The day hikers were gone and we had the trails to ourselves. Shadow blanketed the ridge and the land went still. Deep peace surrounded us as we trudged on, dreaming of pork and beans. 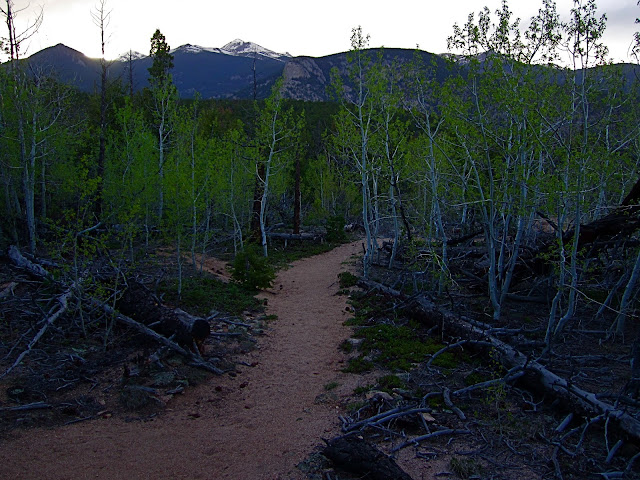 On Monday morning, after a hearty camp breakfast, we hiked a side trail to Bridal Veil Falls. 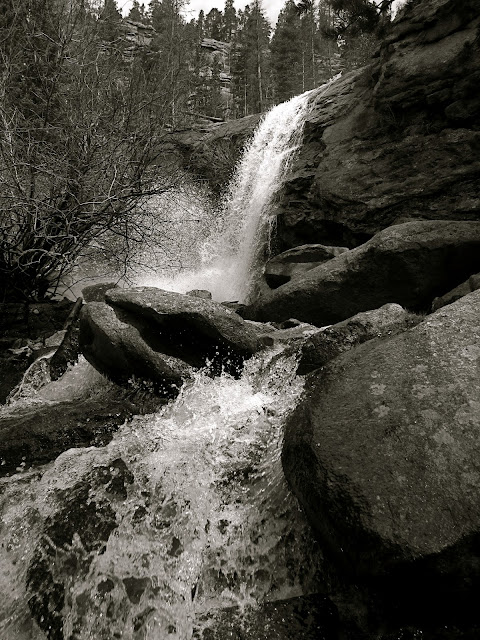 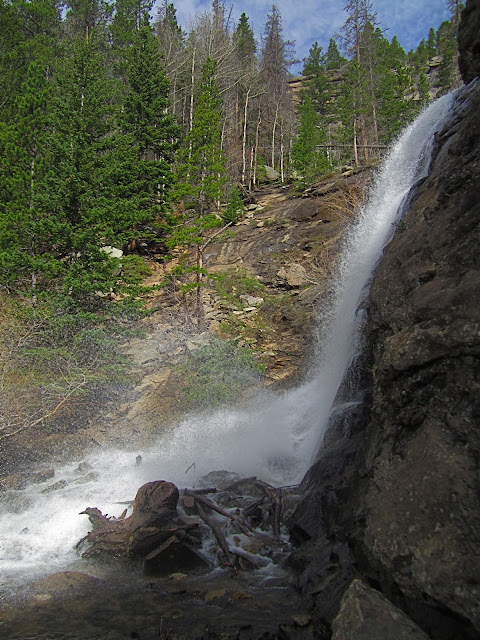 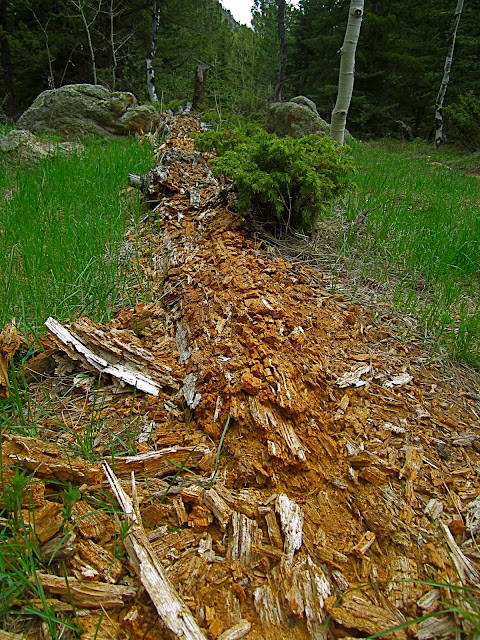 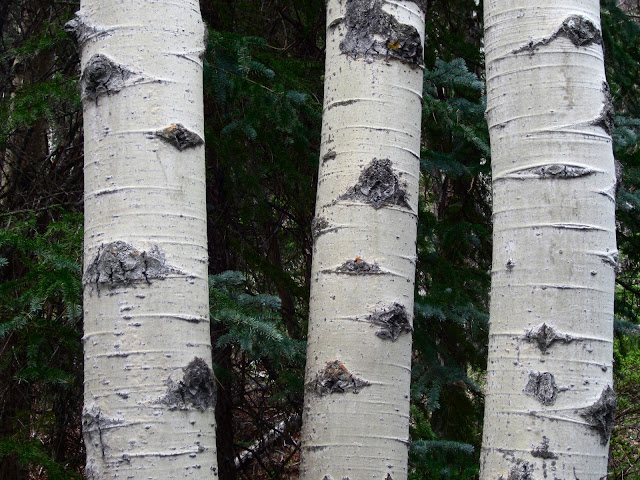 We were back at the car around noon on Monday, and stopped in at Oskar Blues in Lyons for the recovery. The G'Knight imperial red ale hit the spot, followed by the Siloh, basically a giant pile of meet in a bun. Sean had BBQ pulled pork that probably tasted a bit like heaven. Good beer, good food, good company; a great ending to an awesome trip. With all that vertical I feel a little more confident going into Golden Gate now. 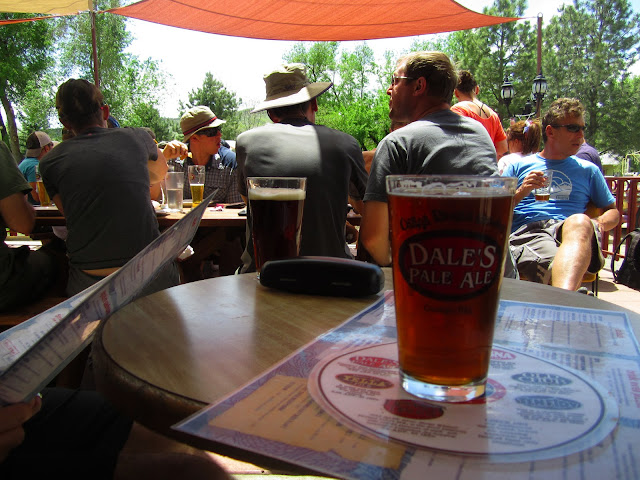 Thanks Sean for an awesome adventure!

Cheers!
Posted by Brianofthemarsh at 7:28 AM

Email ThisBlogThis!Share to TwitterShare to FacebookShare to Pinterest
Labels: hike