I usually start out my runs with a problem to solve: how to be better at my job, what Paul really meant in Romans 8, how I'm going to train for an upcoming race, etc. But the mountain has a way of draining our minds of the concerns we bring with us. Within minutes on the trail, I've lost my train of thought and the day dreaming begins.

Turkey Mountain is a place where the imagination can run wild. Some dreams are more fanciful than others, but I've learned to just roll with it. 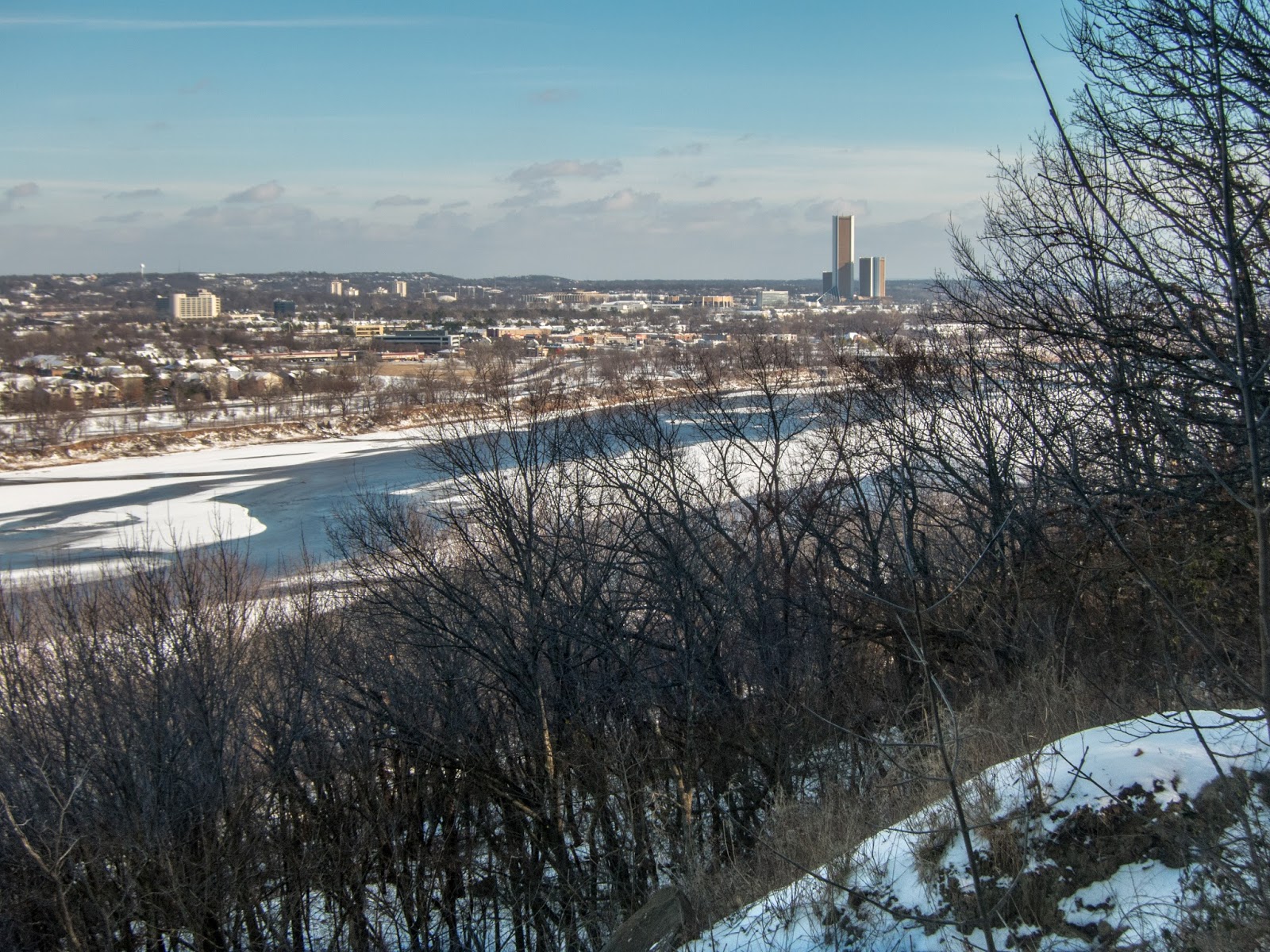 I might imagine what this same view was like fifty or a hundred years ago. Did the murderer of  Charles W. Estes stand at this very spot before he returned to his hideout, contemplating his next move? 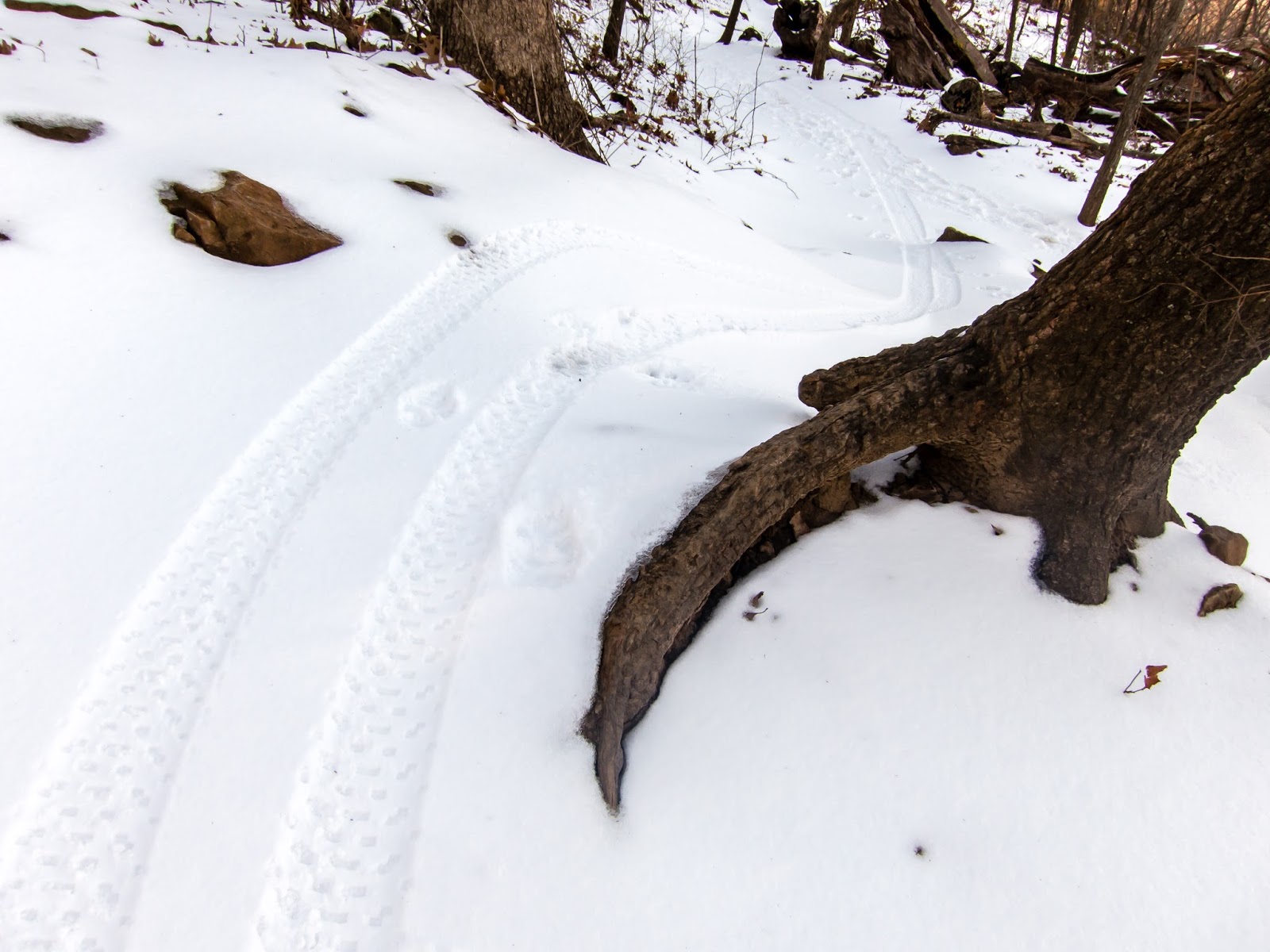 After following these tracks for awhile, I imagine a young couple on fatbikes led by a golden retriever. As most Tulsan's take shelter from the cold and ice, these recent transplants from Minnesota revel in conditions that they (and the bikes) were bred for. 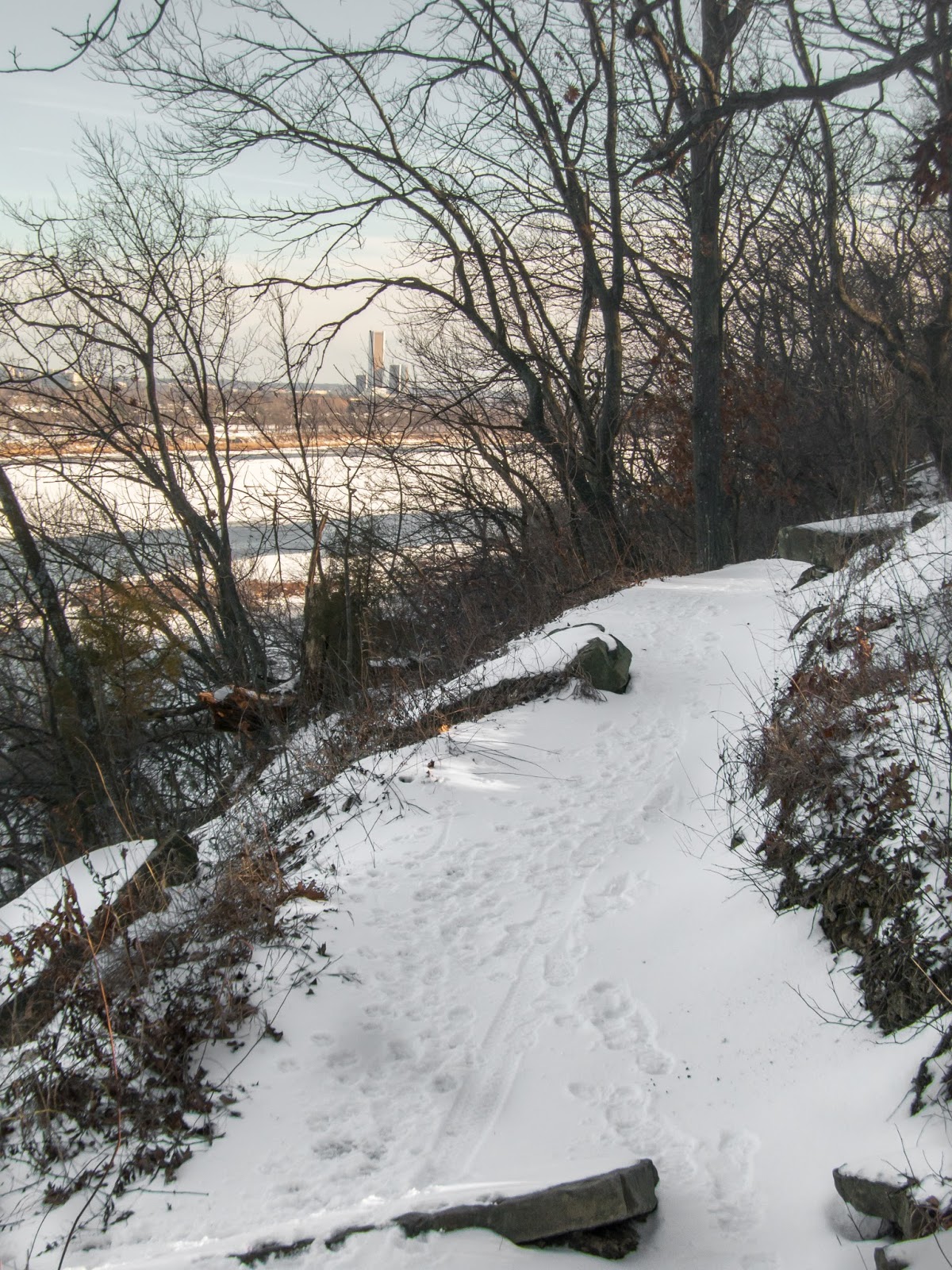 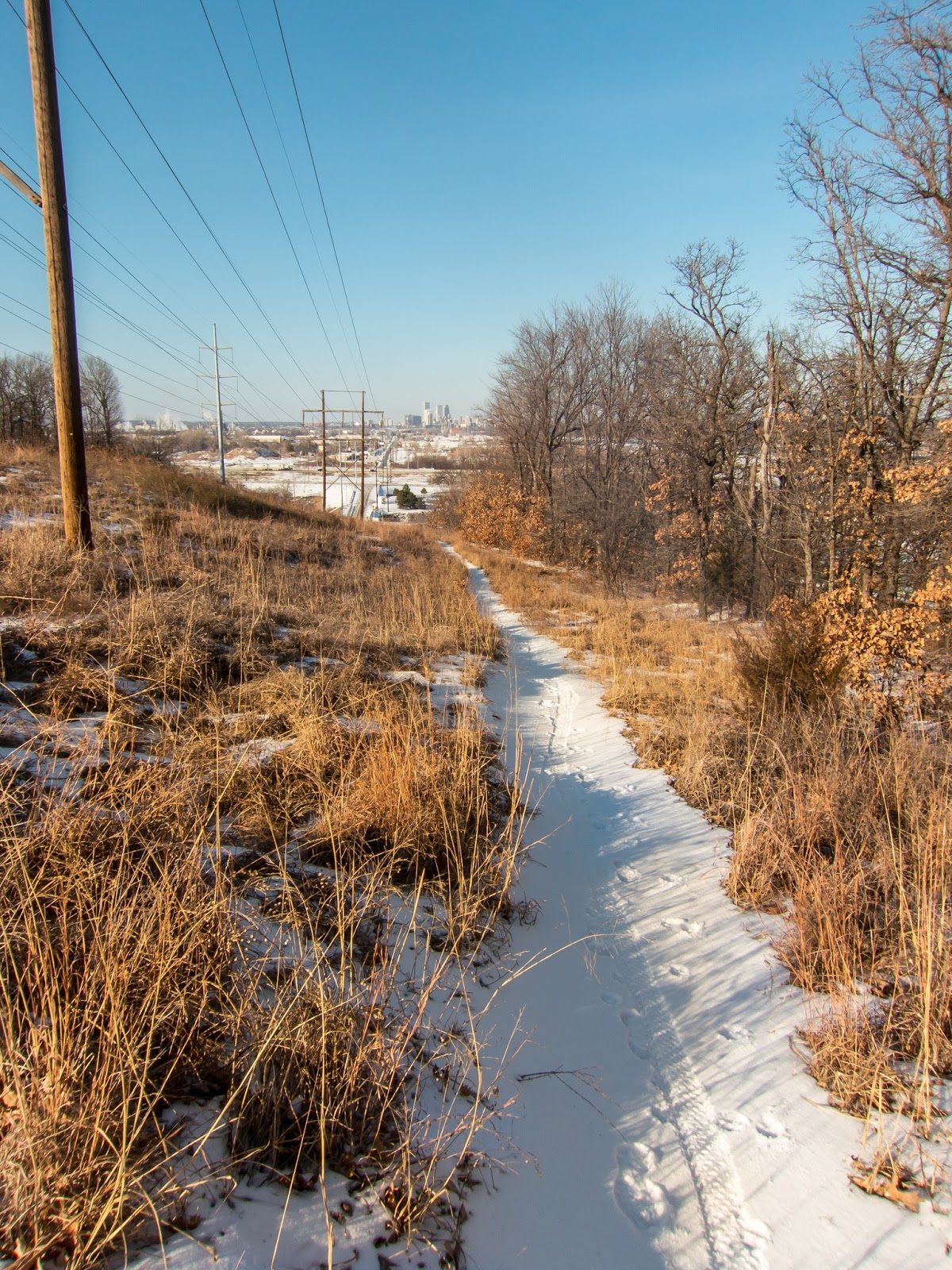 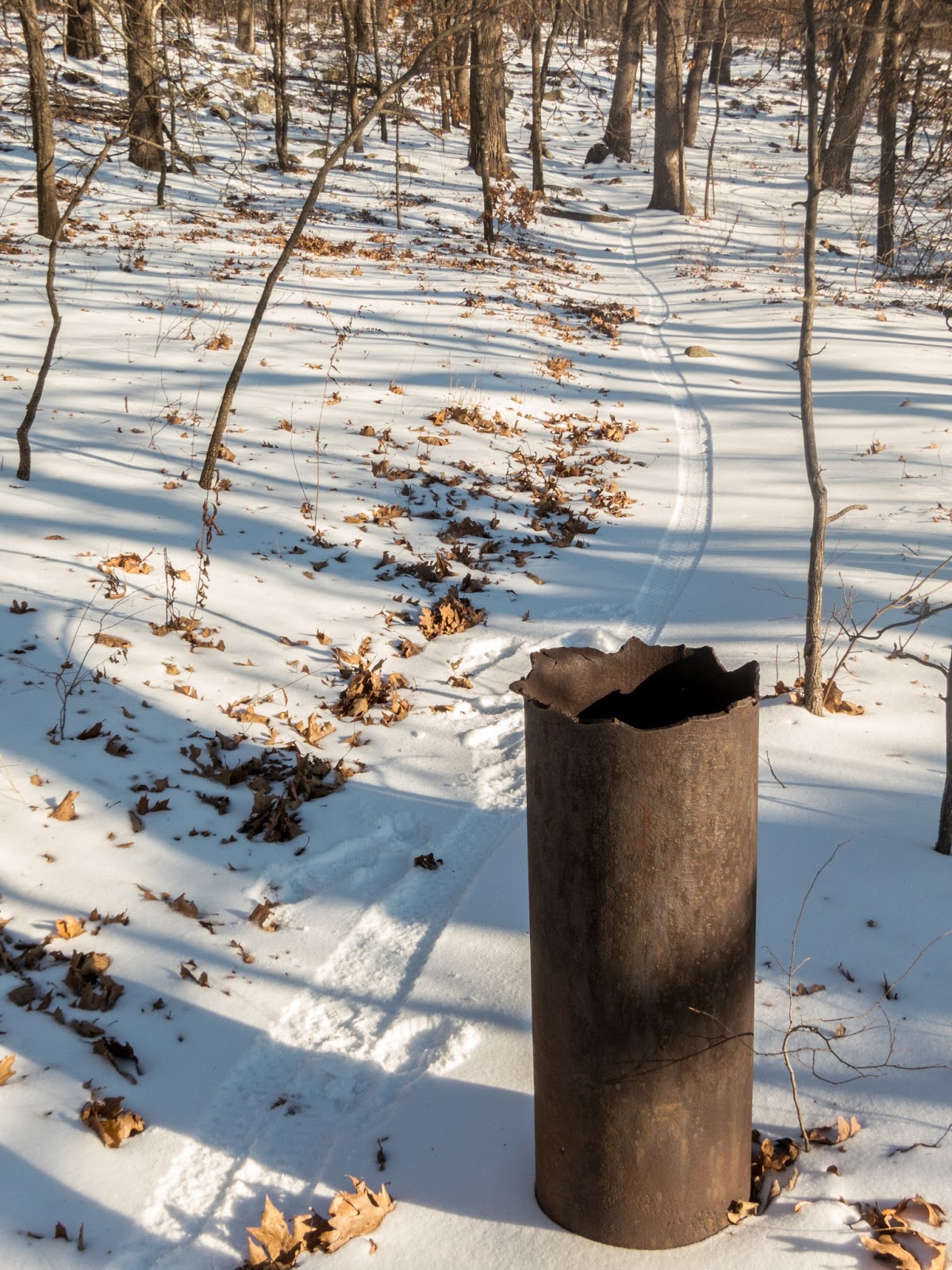 A mysterious pipe sticking out of a hillside? Crazy Tom lives down there. Maybe he's a Gulf War veteran that has sworn off the ways of civilization. Tom reads Shakespeare by the stove in his underground bunker and comes out at night to hunt possum and squirrel. He could tell you some stories..if you ever managed to locate the hidden entrance. 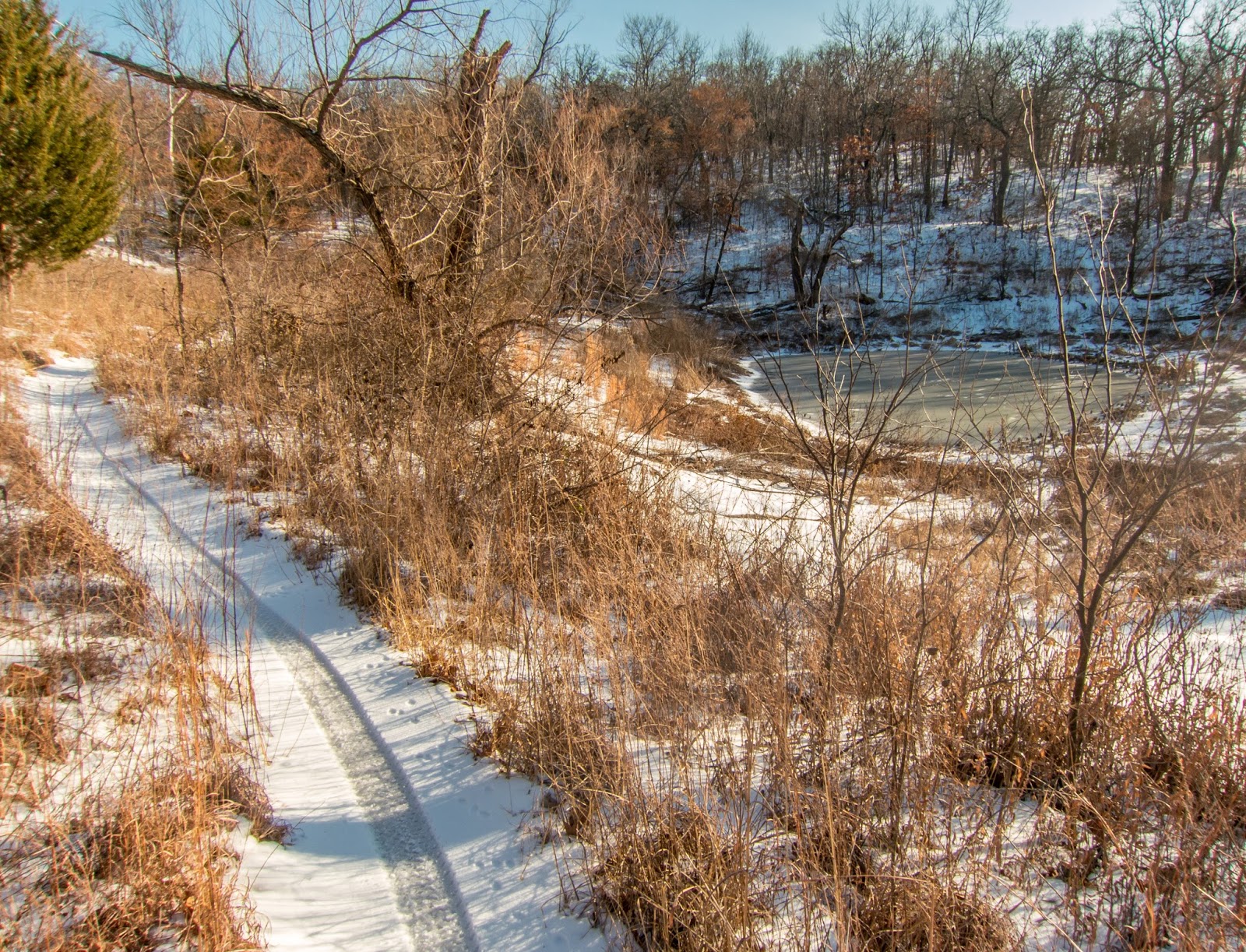 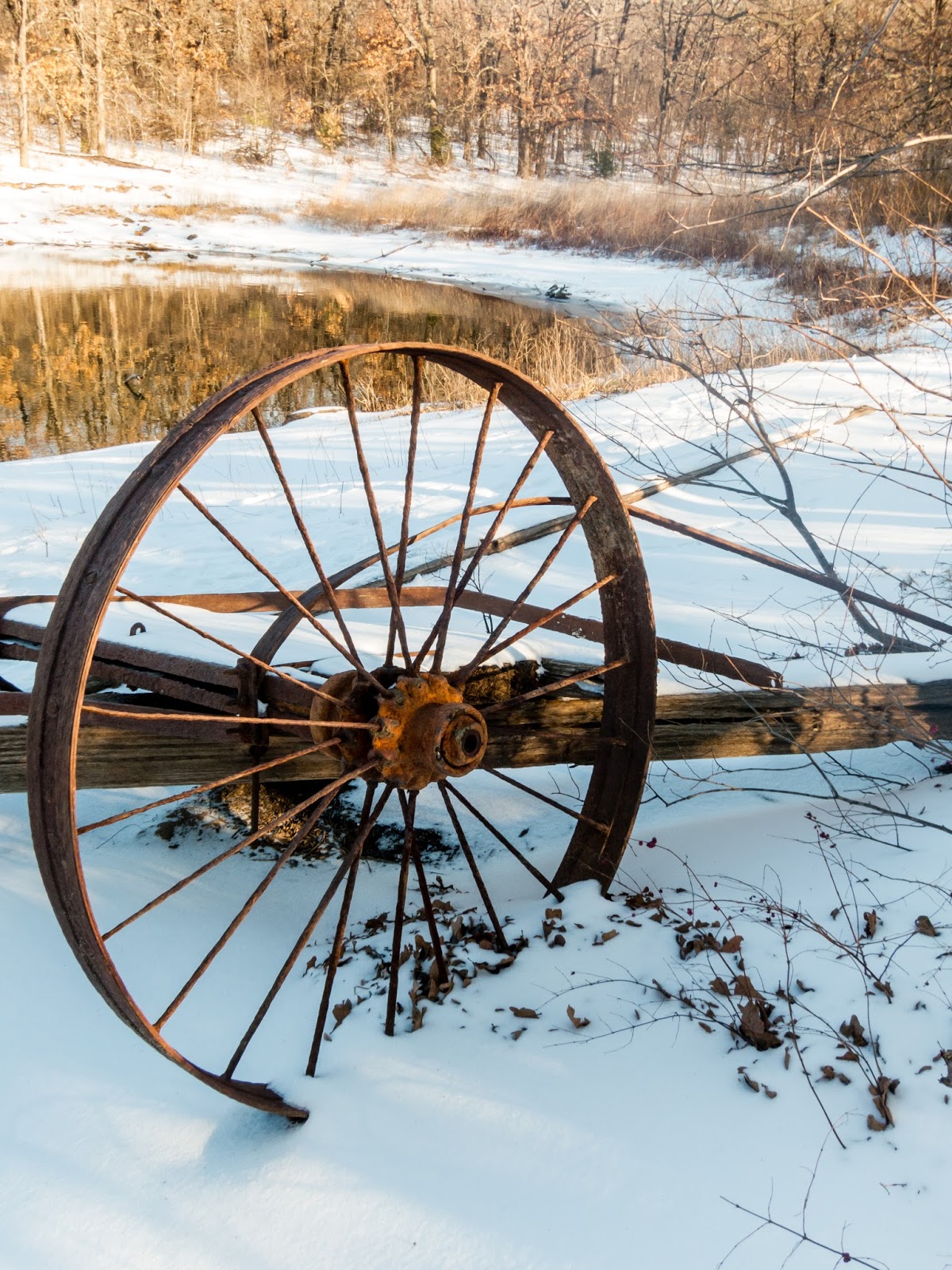 Inevitably, I try to imagine what it would be like if the people of Tulsa recognized the treasure that is Turkey Mountain. What if we did everything we could to preserve the place as a sanctuary where all generations could come to find rest, refreshment, and a little day dreaming?

Posted by Brianofthemarsh at 1:26 PM