On early Saturday morning, June 28th, I left the suburbs of Denver and drove West to Echo Lake. Echo Lake is near Idaho Springs, on the road up Mt. Evans. My plan was to "run" up the Chicago Lakes trail to Summit Lake at 12,830 feet and turn back.

The forecast was for clear skies all day, but, in typical mountain fashion, it was actually snowing (lightly) when I reached the trailhead at 5 a.m. The clouds soon blew off though, and the rising sun set the sky on fire. 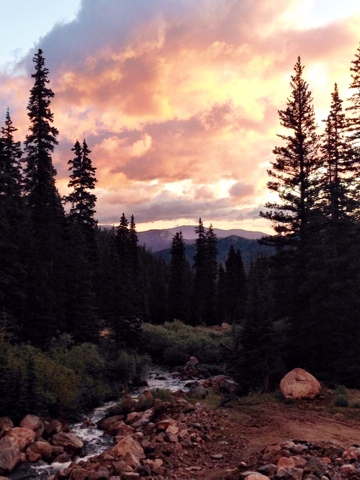 I soon reached what I thought was the first Chicago Lake but found out later to be the Idaho Springs Reservoir. My camera's battery died around here so all of these photos are from the i-phone. 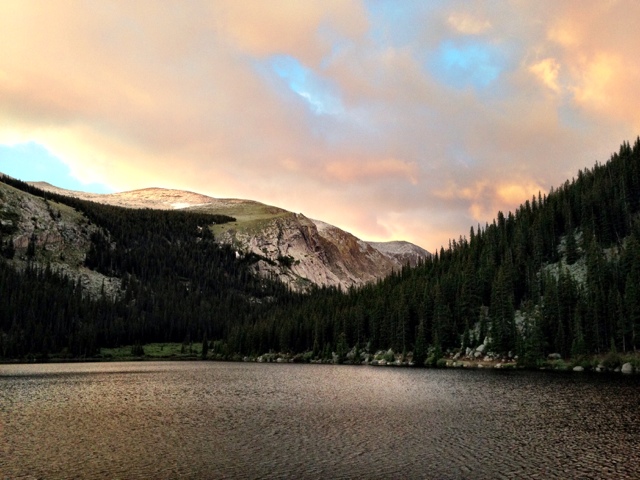 The trail ascended mostly at what trail runners call "douche grade", runnable grade for those well adapted to the altitude. I ran very little of it, saving energy for what I knew was going to be a grueling climb up the headwall of the valley.

In this photo you can see two ridge lines. Mt Evans is in the background and the closer ridge is Mount Spaulding. 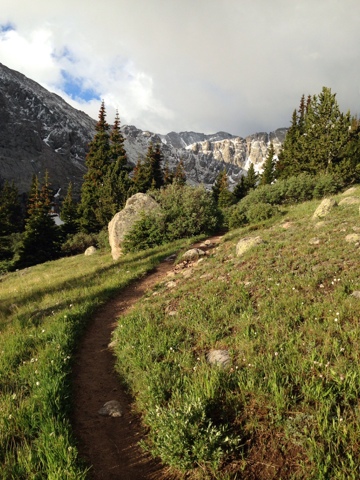 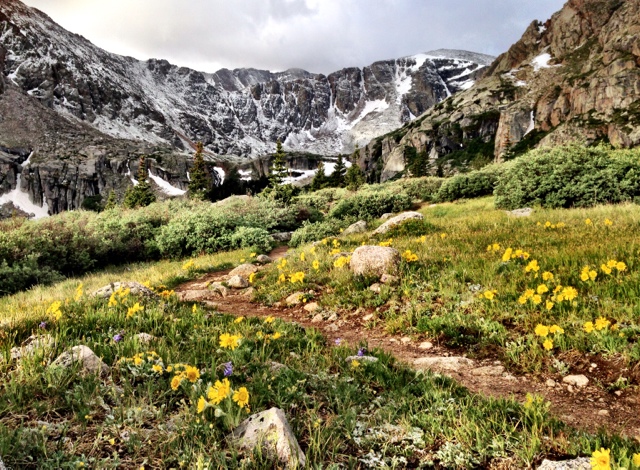 Looking back down on the lower Chicago Lake. 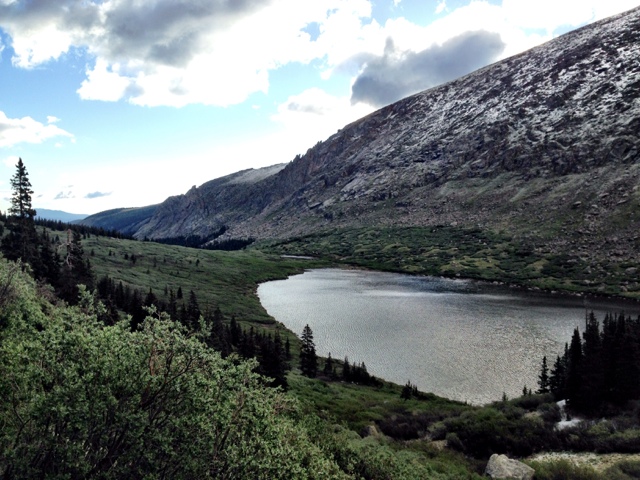 It was at the second Chicago Lake that I began to be hounded by bitterly cold winds. I was wearing a cheap pair of thin fleece gloves, not very well suited to this kind of cold, but managed to keep my hands warm inside my jacket pockets. 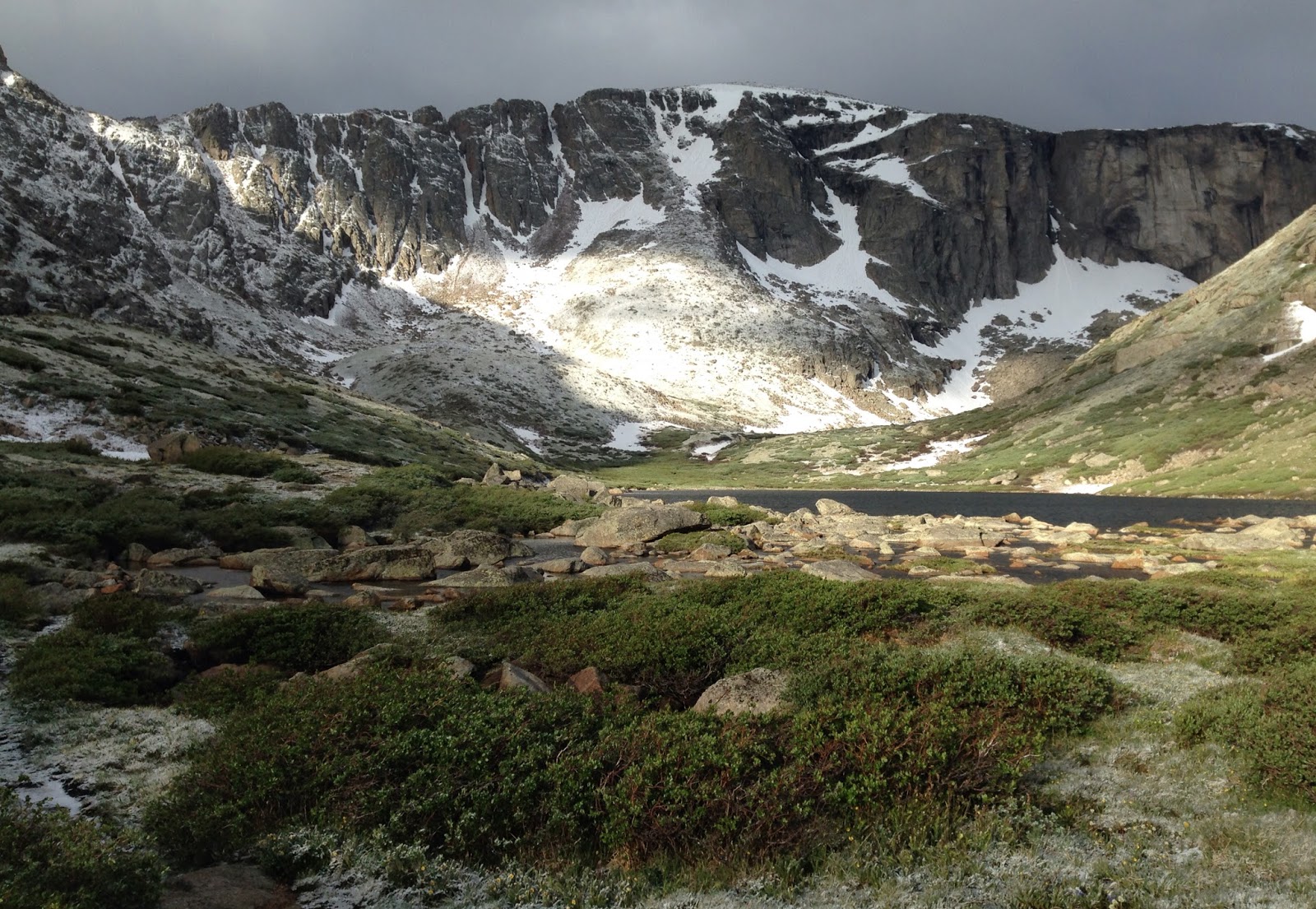 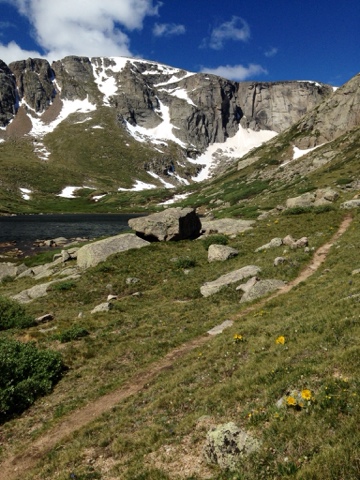 From the upper Chicago Lake, the trail ascended straight up the headwall up to Summit Lake at the base of Evans. A recent avalanche had obliterated part of the trail here and had me scrambling a bit. 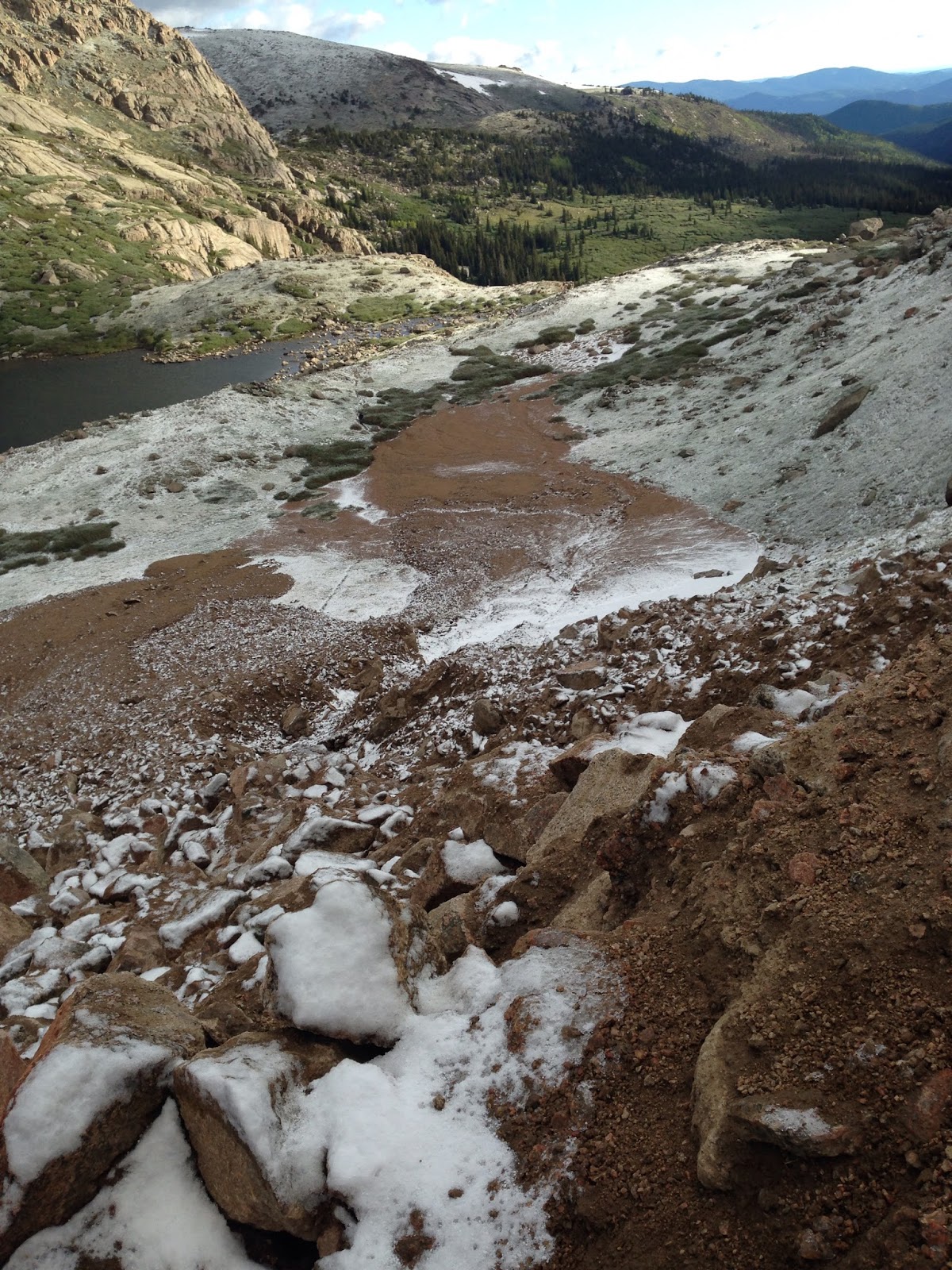 The photo below was taken at the top of that wall, close to summit Lake. This was where I had originally planned to turn around, but, despite the cold, I had that itch to keep going up. I mean, how often am I going have the chance to do something like this again? I wondered if I could make it up Mt. Evans and summit my first 14er. I spoke with a hiker who had come up the same route, familiar with the area. He advised that I hike up to Mt Spaulding (13,480 ft.) first. From there I could take the connecting ridge over to Evans, or simply turn around.

Looking back down from where I had come. 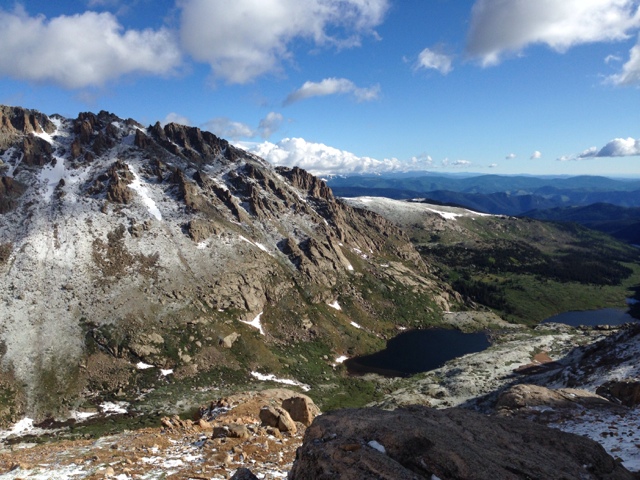 Another view looking down the Chicago Lakes basin. The trailhead is somewhere near the small mountain that rises above where the valley turns to the left. I had come about six miles at this point. 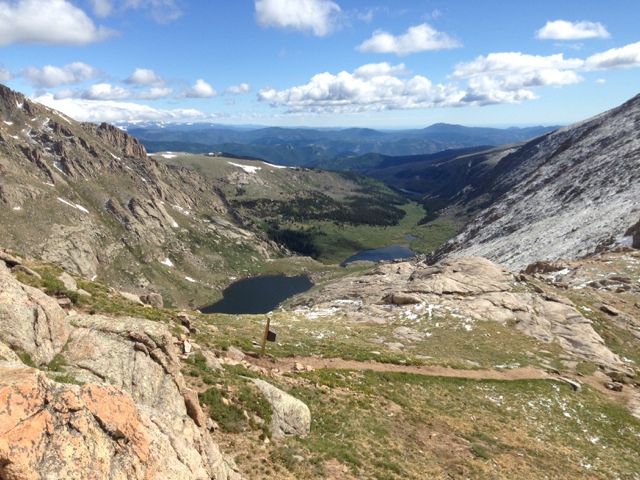 The connecting ridge to Evans 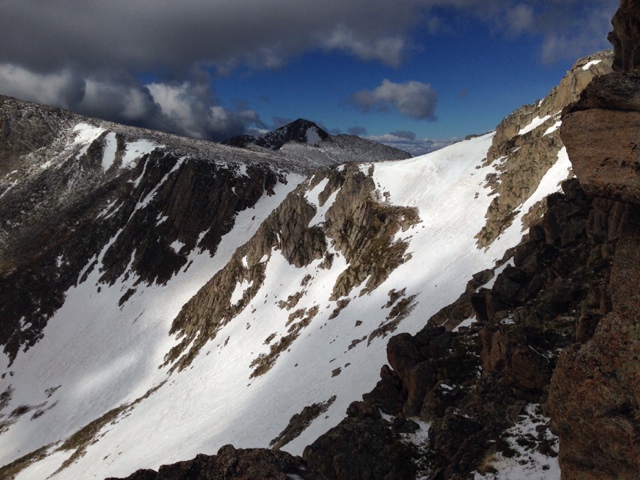 The following pictures were taken just below the top of Spaulding, before my fingers stared to go numb from the cold. As much as I would have liked to hike the connecting ridge over to Evans peak, it was too cold to stay up there a minute longer without more adequate gear. One hiker commented on my wearing running shorts in such cold conditions, but the exposed legs were not a problem at all. A better pair of gloves hat was what I really needed to forge onward toward Mt. Evans. 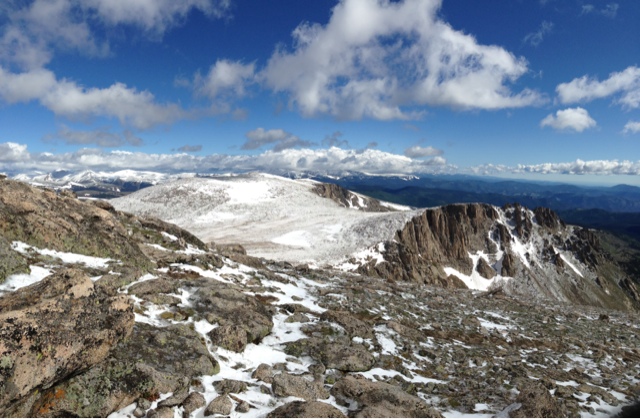 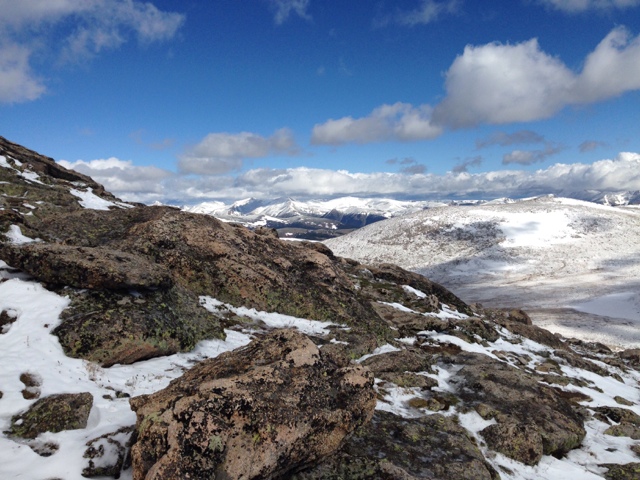 While I did very little actual running on the way up, it was a blast going back down. Much of the trail below the second Chicago Lake was runnable, and I returned in a third of the time that it took me to go out.

Words and pictures fail to illustrate the beauty of the Colorado high country. I'm still drawing inspiration from my memories of this adventure, and will be for some time.

Posted by Brianofthemarsh at 12:20 PM