I was in Denver last weekend for work and managed to get into the foothills for some "running" on Friday afternoon. The area had been hit with six inches on the previous night. At first I was resigned to staying low and parked at the nearly empty Red Rocks Park and did the 2 mile loop from the visitor center. The sound crew for the techno band Icelandic was setting up to play that evening (brrrr!), and they were blasting Daft Punk on the speakers. Not exactly what I want to hear while tramping around in a wintery wonderland! I wonder how many people showed up to their concert. Considering their name, maybe playing in the cold is their thing. 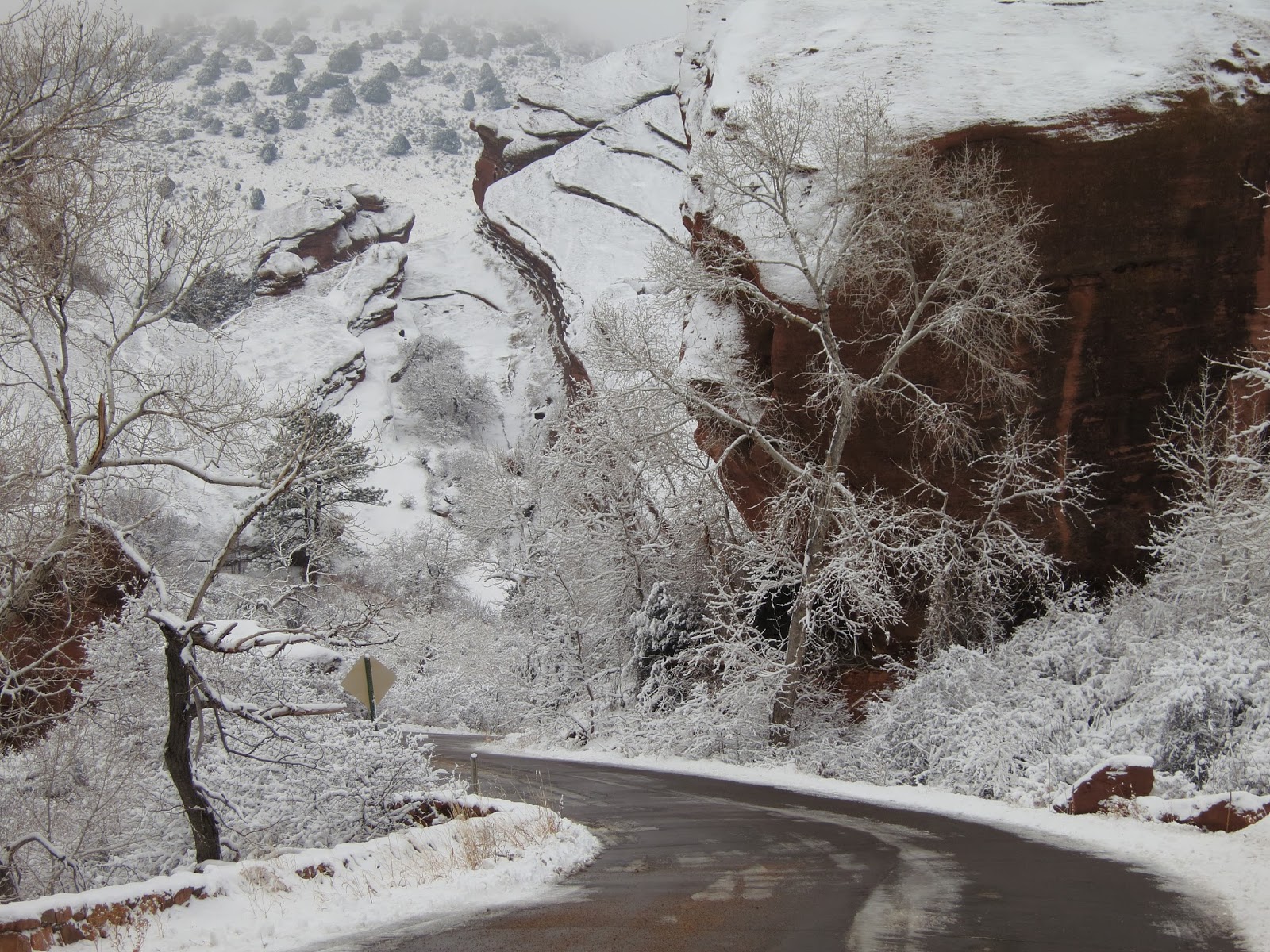 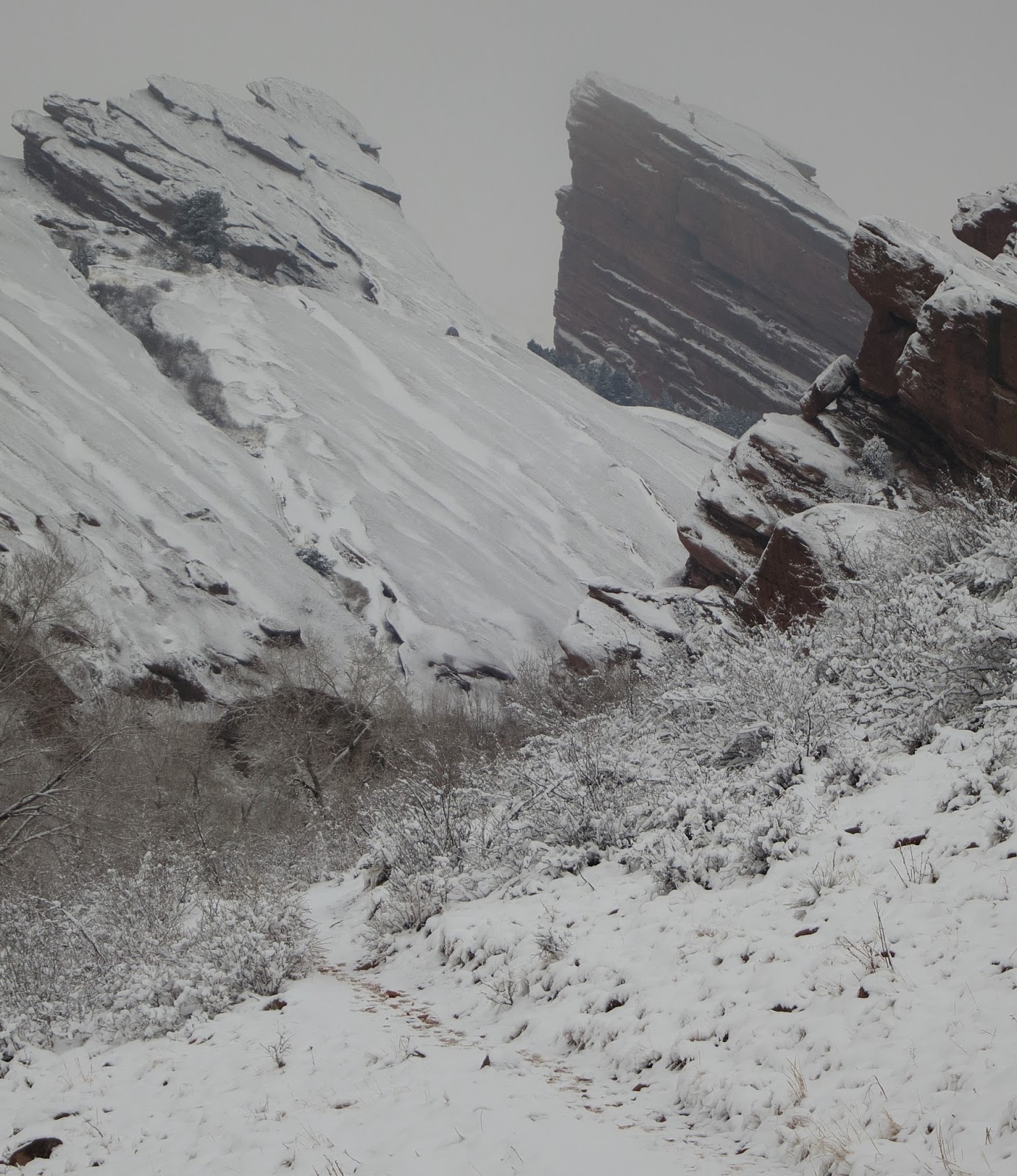 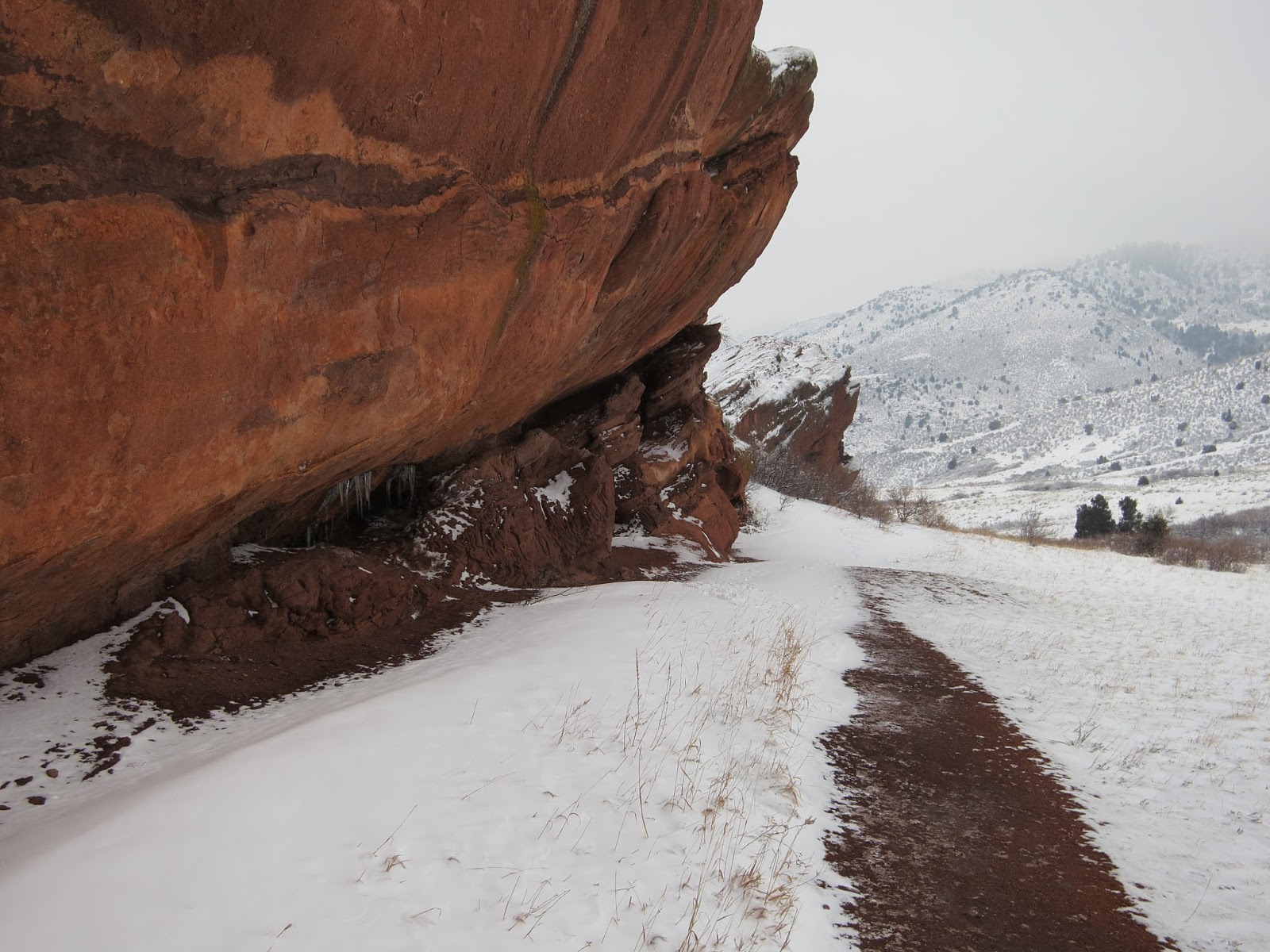 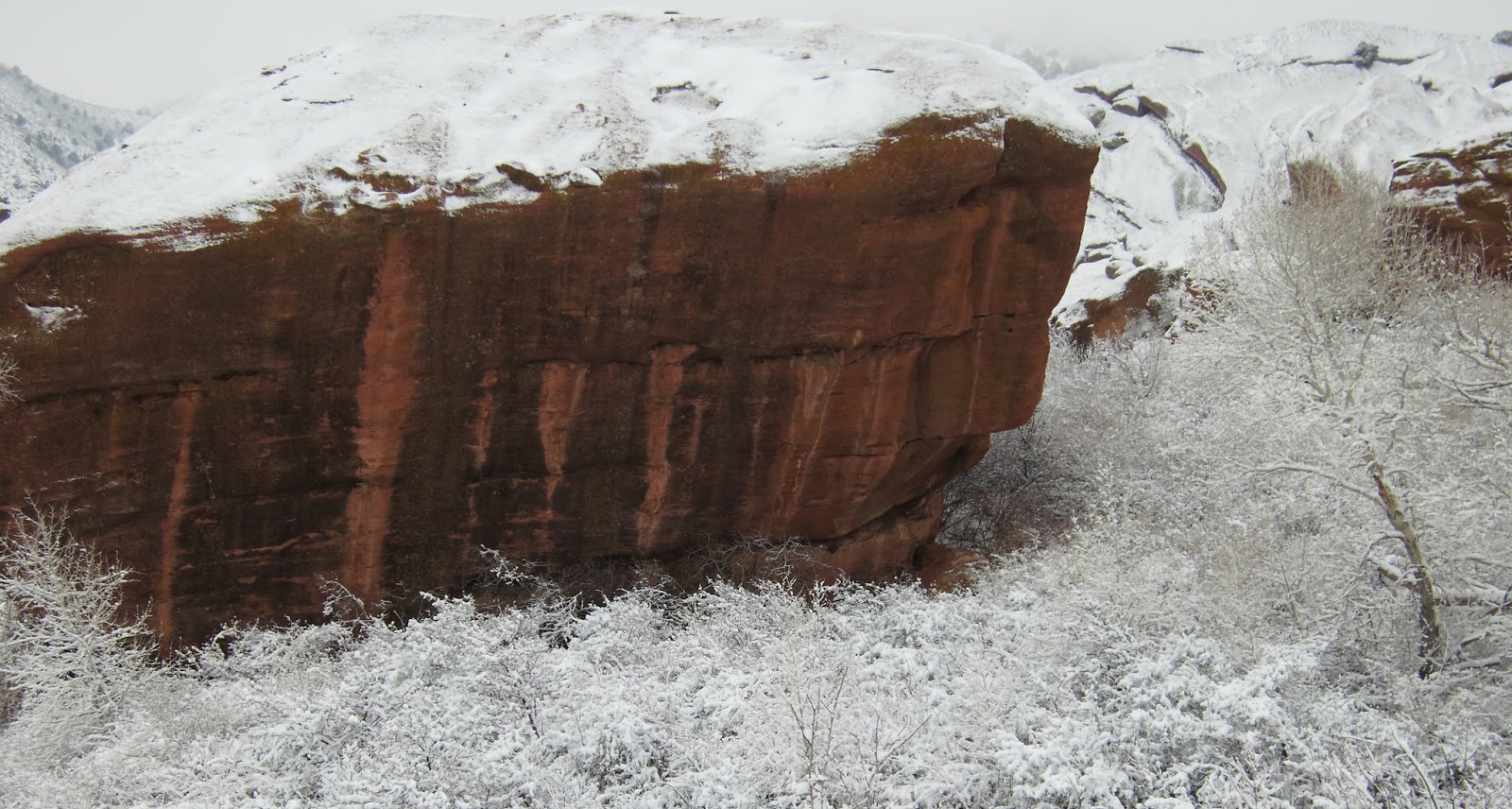 After finishing the loop, there was still some time to kill, so I braved the road leading West from Morrison. There is a great little park a few miles up called Lair o the Bear. It has miles of single track, and connects to other trail systems in the area. 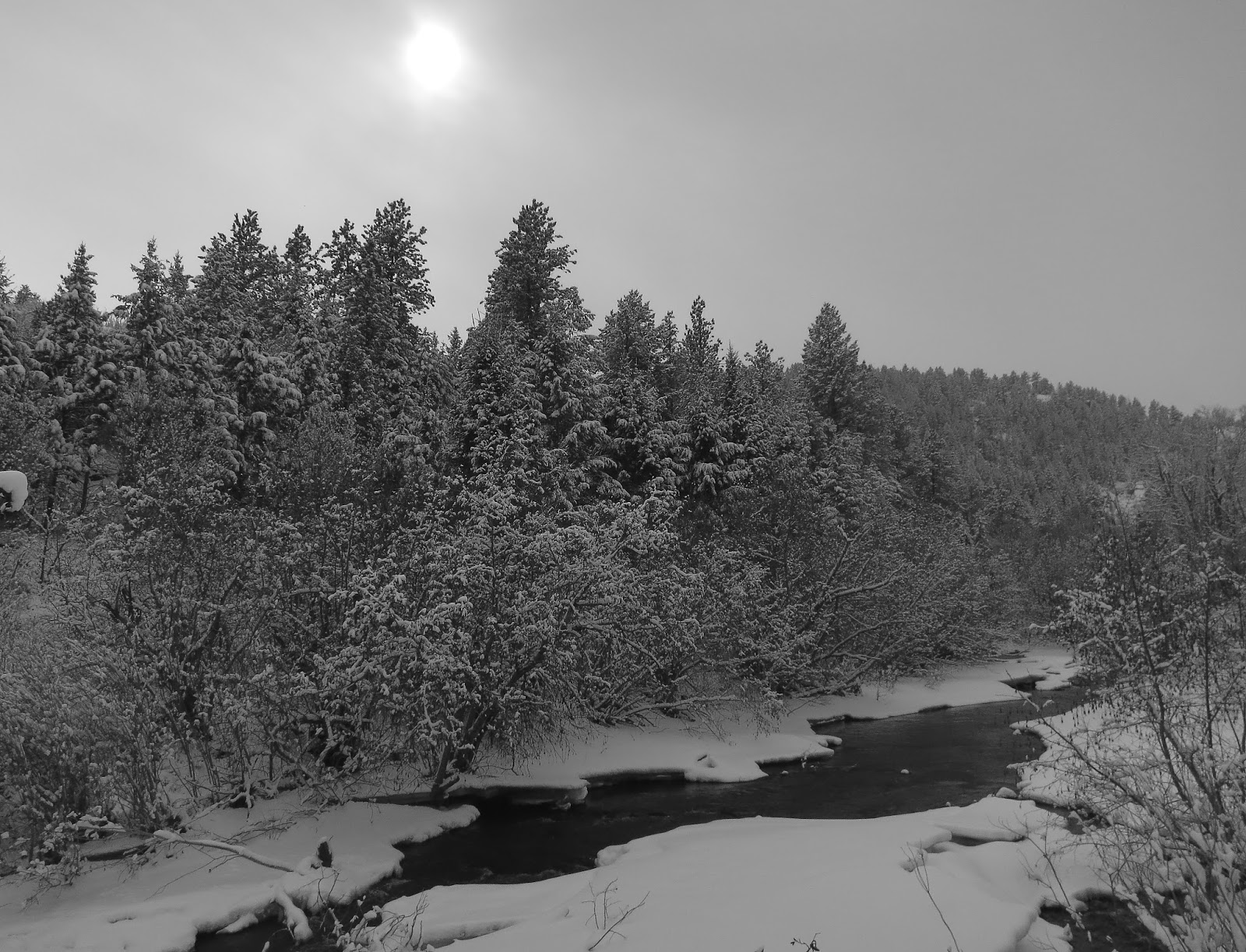 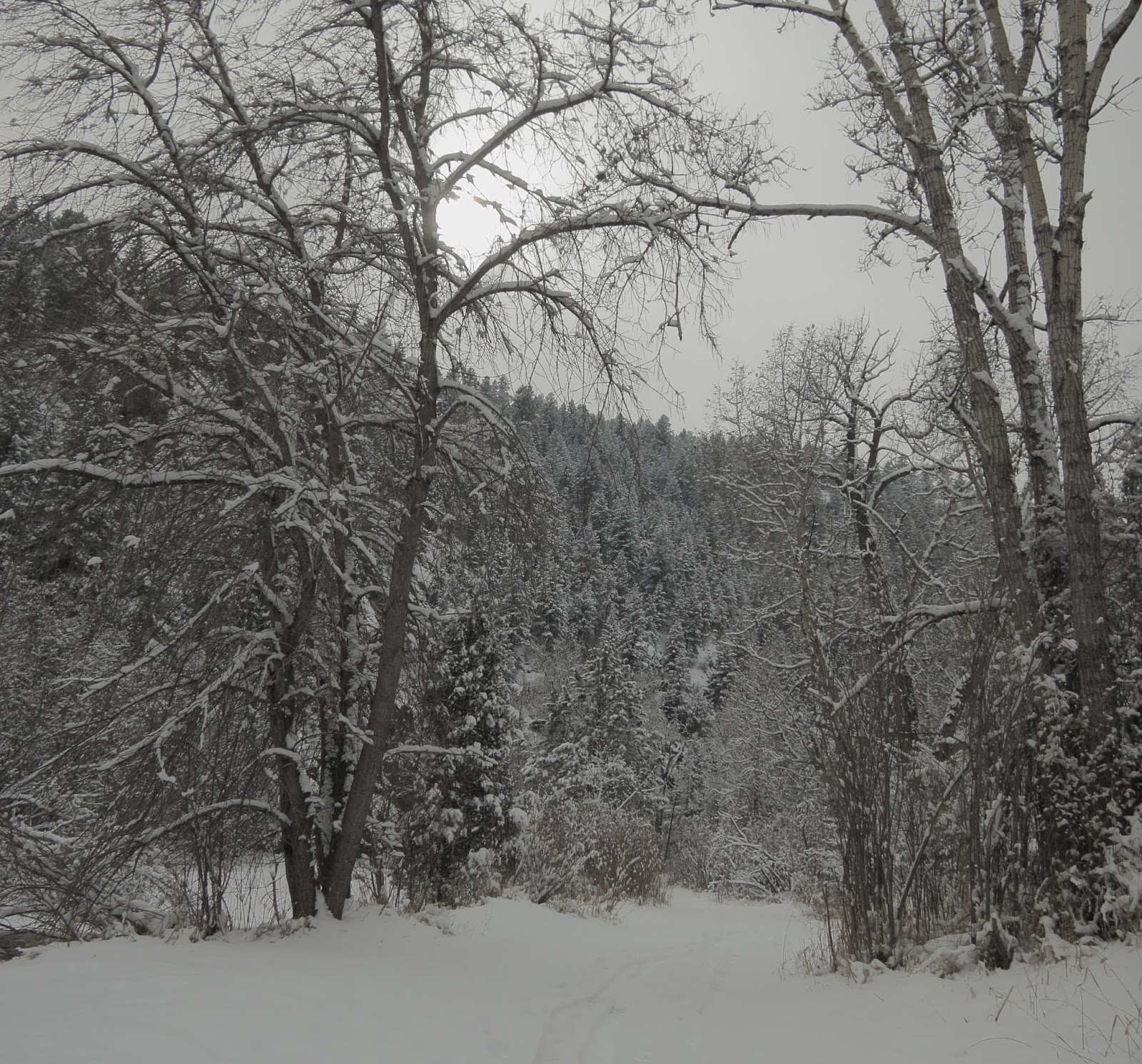 There is a trail that slowly climbs up a ridge on the South side of the valley that I followed in until I was high enough to get a view of the nearby town of Evergreen. It is one of those trails, so common to the Western part of our country, climbs gradually but persistently through the use of switchbacks. It was a workout pushing up through the snow, but the reward was running back down at a 8 minute mile pace with little effort. That may sound dangerous, but the trail was already fairly beaten down by fat tire bikes, and my Yaktrax have great traction. Mountain running really is completely different beast than trail running in the Midwest. 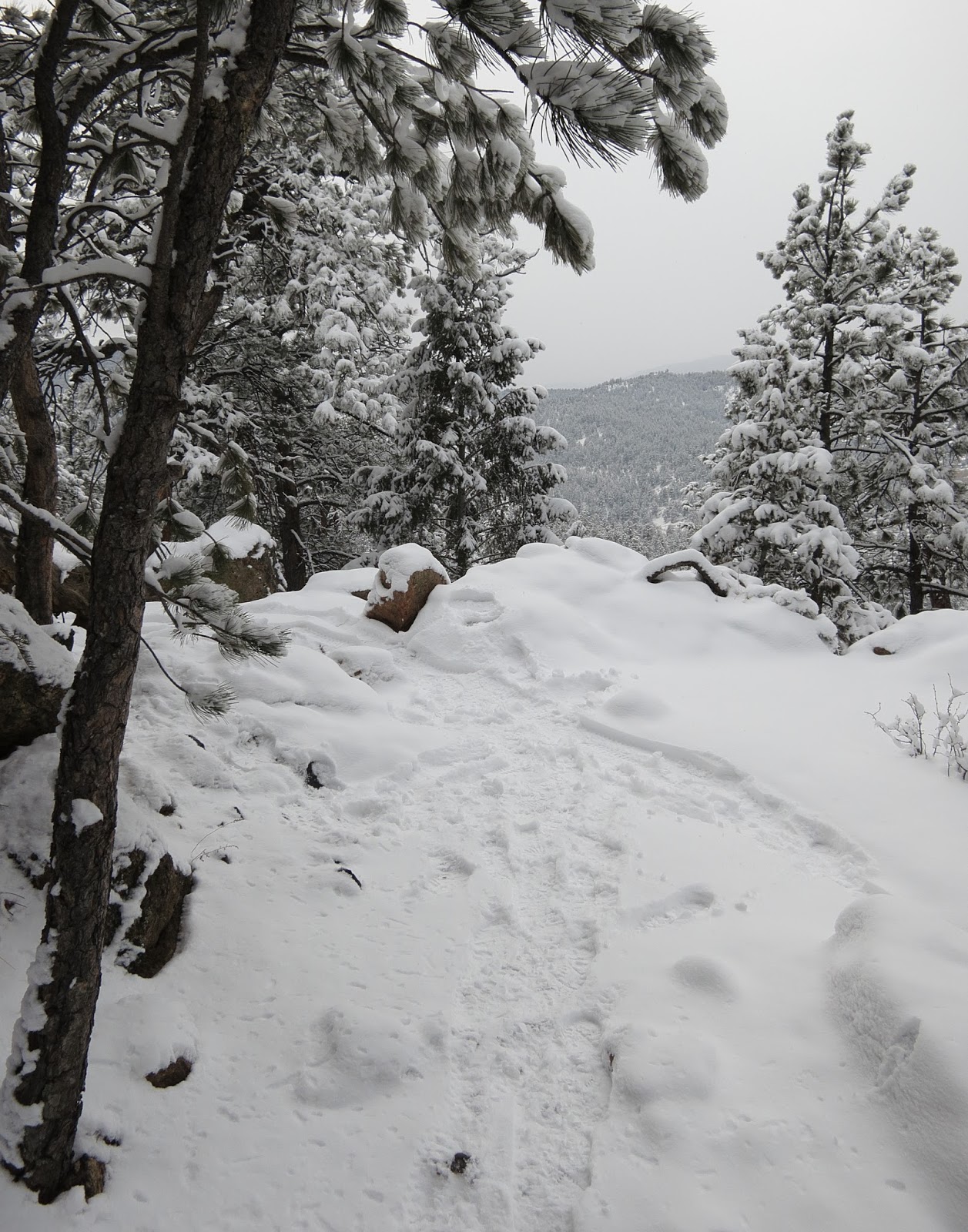 Posted by Brianofthemarsh at 10:08 AM